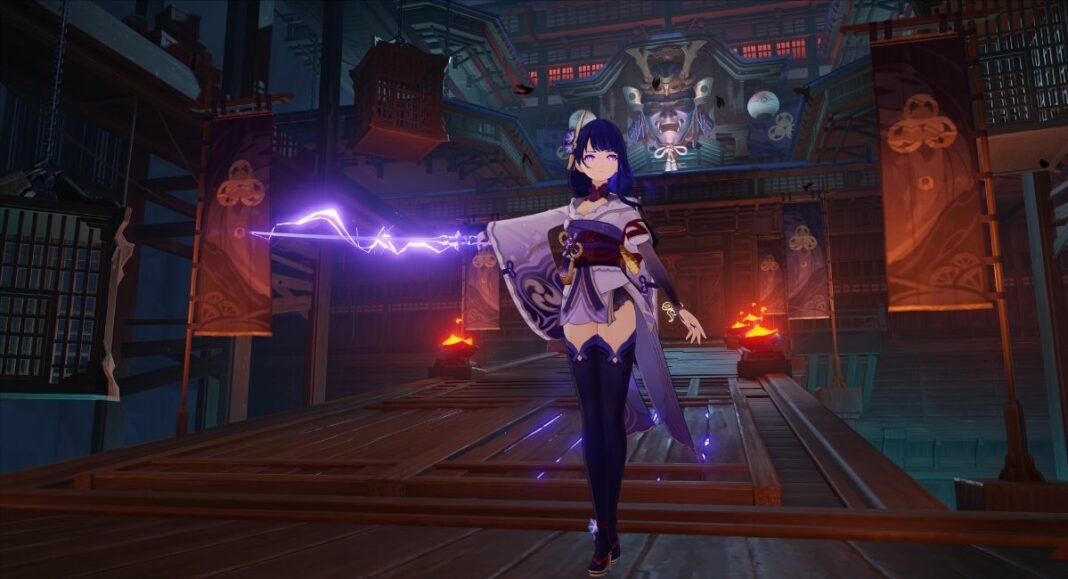 The first half of the Genshin Impact 2.1 update added a myriad of new content to the game, including two new playable characters, the Raiden Shogun, aka Ei, and the general of the Shogunate Army, Kujou Sara. Ever since Raiden Shogun was first officially revealed during Genshin Impact 2.0 “The Immovable God and the Eternal Euthymia” update. Players have been eagerly waiting to get her.

Now that we are ten days into the version 2.1 update. We had more than enough time to test out the Raiden Shogun with different characters and team compositions. According to miHoYo, the Raiden Shogun is a supporting character. That is true, but there is a catch.

“The Raiden Shogun is a supporting character who needs support from other characters to delete the enemies from the battlefield using her Elemental Burst. Hence supporting the team by obliterating the enemies.”

What we are trying to say is that the Raiden Shogun has great potential to be a Burst DPS character. Tag her along with characters like Kujou Sara and Electro Traveller and you don’t have to worry about your Elemental Burst uptime.

There are few things you can achieve by using the Raiden Shogun as a Support character:

However, we recommend players to use the below team comps where the Raiden Shogun is the main damage dealer.

Here are some of the best team compositions for Raiden Shogun.