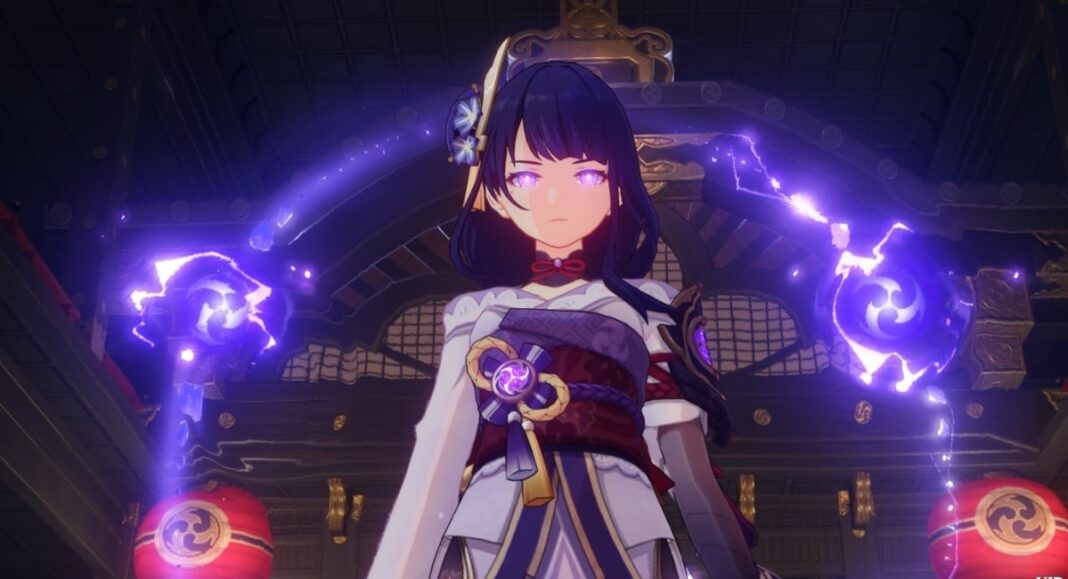 The Electro Archon, aka the almighty Raiden Shogun, Baal, is finally here. Genshin Impact 2.1 update added the Reign of Serenity character event wish banner from which players can obtain Baal using Intertwined Fate, Genesis Crystals, or Primogems. Baal is a five-star electro user and a polearm wielder. After play-testing her for three days with different weapons and artifacts. We are here with the best build for Baal in Genshin Impact.

Here are some of the best builds for the Raiden Shogun.

The Raiden Shogun’s signature weapon, Engulfing Lightning, is the best weapon for her. Its sub-stat increases the Energy Recharge% of the character wielding the weapon and its weapon ability, Eternal Stove – increases the ATK by 28% of Energy Recharge over the base 100%.

Using the ability, players can gain a maximum bonus of 80% ATK and 30% Energy Recharge for 12s after using the Elemental Burst. For players who don’t know, Raiden Shogun’s ability scales with Energy Recharge and increase in ATK% based on ER is a bonus that allows players to deal big damage. And so far, out of all the ER% weapons available in Genshin Impact, the Engulfing Lightning is the best option for Baal.

Here are some other polearm weapons that may not look like a good choice at first glance. But are player tested and are the best weapons that fit perfectly with the Raiden Shogun’s abilities.

With that being said, here are the stat bonus you get by equipping four pieces of the Emblem of Severed Fate artifact set.

The Catch and four-pieces of the Emblem of Severed Fate artifact set is the best free-to-play build for the Raiden Shogun, Baal. You can use Prototype Starglitter or the Favonius Lance instead of The Catch, but they deal around 8 – 12% less damage.

So, if you already have a fully raised Prototype Starglitter or the Favonius Lance, you can use them as a placeholder for The Catch.

Which of Baal’s Talents You Should Raise First?

Players who are low on talent books and mora should focus on raising Baal’s Secret Art: Musou Shinsetsu. The second priority should be given to her elemental skill, Transcendence: Baleful Omen.

Baal’s first and second constellations are somewhat game-changing. The first constellation allows Baal’s Chakra Desiderata to stack up more quickly. A good thing for players who are looking for using Baal as support.

Meanwhile, her second constellation Steelbreaker ignores 60% of the enemy’s defense. So we would highly recommend players to go for a C2 Baal.

Should I Go For C2 Baal or the Engulfing Lightning?

The answer is simple if you are looking for good support capability and overall damage output, you should go for a C2 Baal and use The Catch, instead of Engulfing Lightning.

But, if you are someone who is swayed by the aesthetics of weapons and characters. Then there is no point in talking about damage or anything else. Being one of the first, and maybe the last Naginata in the entirety of Genshin Impact, players can go for the Engulfing Lightning, as the difference is damage and support output is less than 6~7%.

Should I Go For ATK, Energy Recharge or Electro Damage Bonus Sands for Baal?

While choosing the Sands artifact piece, the best thing to do is to go with the stat that you are lacking. Here are the ideal stats for Baal that you should aim for –