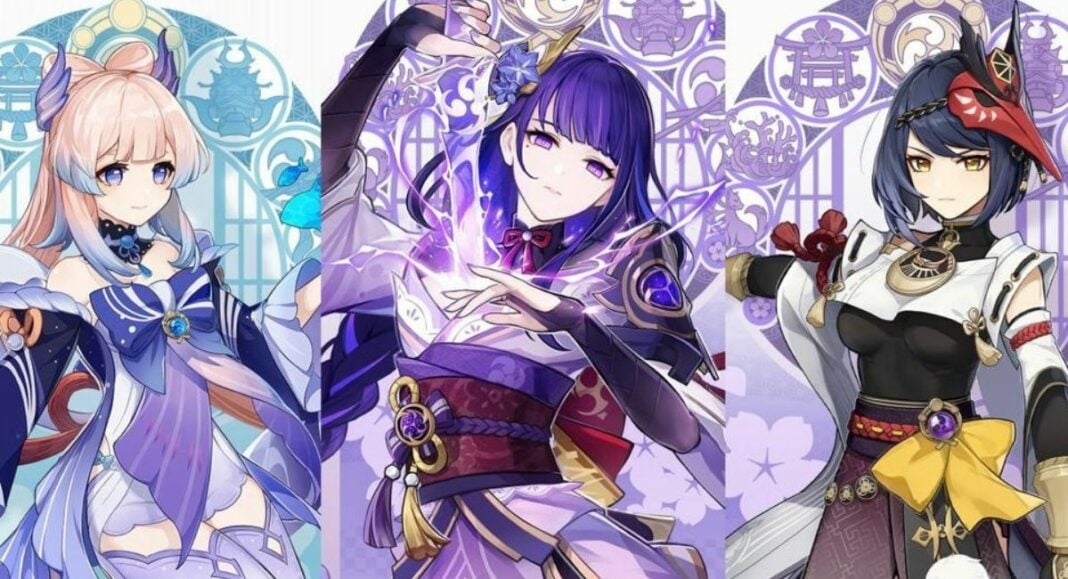 Genshin Impact 2.1 update is going to add four new playable characters to the existing roster. With the imminent release of some of the most sought-after Inazuma characters like the Raiden Shogun, Baal, Sangonomiya Kokomi, Kujou Sara, and the miHoYo X Horizon Zero Dawn cross-over free character, Aloy. The players are eager to know the official banner schedule to learn about the release date of the said characters.

Keeping that in mind, we are here with Genshin Impact 2.1 official banner schedule.

During the Genshin Impact 2.1 Livestream, miHoYo confirmed that Baal’s character event wish banner is the first one to arrive alongside the version 2.1 update. On top of that, the new four-star electro user and a bow wielder, Kujou Sara, is going to be one of the featured four-star characters in Baal’s “Kagero no Tenkajin” banner.

Apart from Baal and Kujou Sara, the “Kagero no Tenkajin” character event wish banner will feature Xiangling and Sucrose as the other two featured four-star characters.

The Engulfing Lightning, a five-star polearm weapon best suited for Baal and Xiangling will release on September 1, 2021.

Genshin Impact 2.1 Official Banner Schedule: When is the Next Banner Coming Out