Home Guides Genshin Impact 1.4: Is Childe’s Re-Run Banner Worth it?

Genshin Impact 1.4 update is almost halfway through. The Windblume Event festival event is almost done. However, Genshin Impact 1.4 has a lot to offer before it concludes on April 27, 2021. We have a new event called Contending Tides, Childe’s re-run banner, Rosaria’s release, the nuanced version of Oceanid battle, the new Dainsleif storyline quest and a plethora of others things to look forward to.

In this article, we will share our opinion on whether you should perform wishes on Childe’s Re-Run banner or not.

Is Childe’s Re-Run Banner Worth it?

There are two major factors why Genshin Impact players would perform wishes on Childe’s re-run banner.

Now, we do have many other cases like players who want to complete their constellations and all that. However, a character constellation is not something that a free-to-play player or players who spend less on Genshin Impact worry about.

Rosaria is a Cryo Polearm user who can fit in many Genshin Impact team compositions. On the other hand, Childe is best for breaking shields, and he is the arch-enemy of the Pyro Regisvine and a few other enemies offered in the game, all thanks to his hydro element abilities.

For players who have a few extra wishes should definitely perform wishes on Childe’s re-run banner. At least to get Rosaria, as she is a four-star user who is relatively easy to get than a five-star character.

For Genshin Impact players who are low on wishes and holding their pity for their favourite character. You can skip Childe’s banner, as, unlike Venti, Ganyu, Hu Tao, and Zhongli, Childe and Rosaria are not a must have playable characters.

Overall, players should perform wishes on the Childe’s re-run banner if they want Rosaria or if they want good Hydro support or a high DPS character who uses a bow. 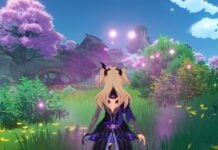 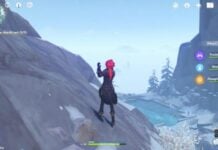 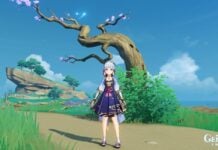 Genshin Impact: How to Remove the Juvenile Antics