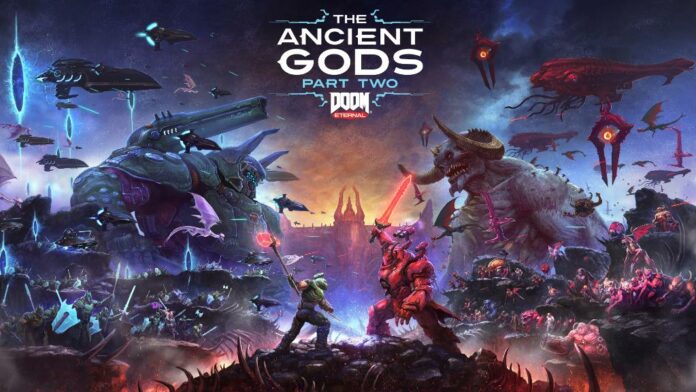 The DOOM Eternal – The Ancient Gods Part Two DLC expansion will bring the Doomslayer’s story to a close, but what a conclusion it is going to be!

The final DLC expansion developed for the latest entry in the series has been revealed with a brand new trailer that highlights many of the features included in the expansion. The trailer also confirmed that the DLC is now available on PlayStation 4, Xbox One and PC.

Unfortunately, it is not yet clear when Nintendo Switch players will be able to enjoy this new expansion, as a release date has yet to be confirmed. Hopefully, it won’t take too long to come out.

DOOM Eternal is now available on Nintendo Switch. The game, released last year worldwide, has been developed by port specialists Panic Button, who also worked on the previous entry in the series as well as on several other titles, including Apex Legends. The port may not look or run like the original game does on PC and the other consoles, but it’s still a very solid port that is just perfect for handheld play.

In case you are just starting out in DOOM Eternal, and want to have fun from the very first minutes, you can check out our guide for some useful tips.