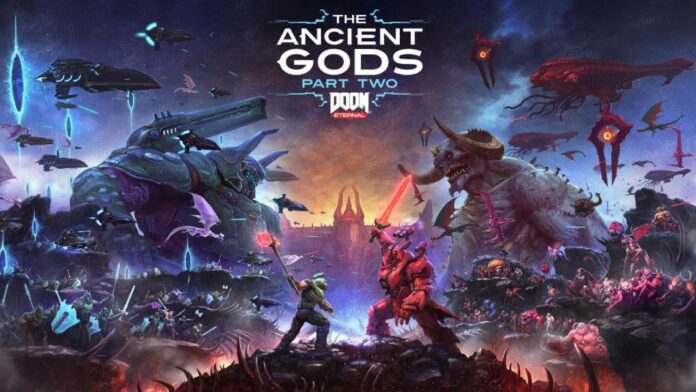 The Hell on Earth seen in DOOM Eternal is about to get even hotter soon with the release of The Ancient Gods – Part 2 expansion, the final episode in the Doomslayer saga.

The expansion’s release date has yet to be confirmed, but we will learn more about it very soon. A new teaser trailer has been shared online, confirming that the expansion full reveal will be announced on March 17. You can take a look at the trailer and learn more about the hellish creatures you will have to face right below.

DOOM Eternal launched on Nintendo Switch late last year. This version of the game was supposed to release alongside the PC and other console versions, but the game was eventually delayed to let developer Panic Button create a port worthy of the series’ reputation. While the Nintendo Switch version is not on the same level as all the others, it is a solid port that is perfect for handheld play.

DOOM Eternal is now out on Nintendo Switch, PC and consoles.