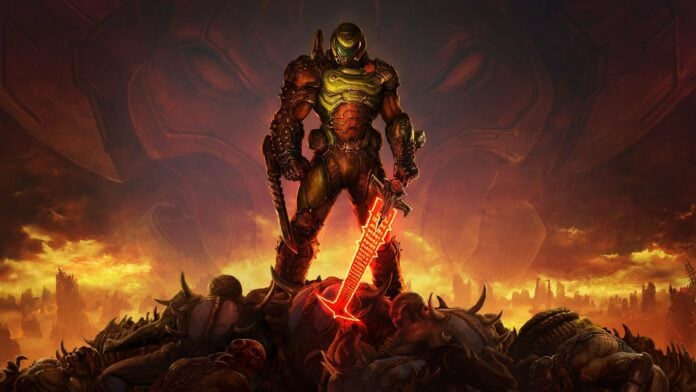 DOOM Eternal is definitely not a game that fools around. With its high-speed experience and high challenge level, the latest entry in the classic series is a game that will put your skills to the test, no matter if you are a first-person shooter master or if the game is the first FPS you have ever played. Not surprising, considering these demons are here to conquer the whole of Earth and obliterate humanity forever.

As the game is extremely challenging, those who are just starting out their journey in DOOM Eternal may have a hard time coming to grips with its mechanics. In this guide, we will go over a few tips that will help you understand how to play the game properly and survive the demon onslaught. You may still not make it, true, but at least you will have fun!

Always Be On The Move

DOOM Eternal is an incredibly fast-paced game, and, even at the lowest difficulty setting, demons will be out to get you in full force. As such, you should always be on the move to make it harder for them to pinpoint your location and take you down. Also, make sure to use the environment to your advantage: all big arenas have different elements that you can use to move to greater heights and get a good idea of where to move to fight demons properly.

Get The Precision Bolt

While shooting in DOOM Eternal is not about accuracy all that much, given the game’s fast pace, you may still want to be as accurate as possible, since most demons have a weak point that neutralizes them. As the game’s lighting fast pace makes it difficult to aim properly in certain situations, the Precision Bolt upgrade is the upgrade to get as quickly as possible, as it will help you target these weak points more easily, and ensure your survival in the most difficult combat encounters.

While we all have our favorite weapon that we like using at all times, DOOM Eternal’s enemy design makes it so that sticking to certain weapons is actually detrimental, as demons are weak to different ammo types. As such, you shouldn’t play favorites: get acquainted with all weapons as soon as you can, and start taking down demons like the slayer you are meant to be. The Codex has all the information you need about demons, so do not forget to check it out every now and then to learn how to best defeat any demon you encounter.

Ammo in DOOM Eternal is not as widely available as one might have expected. Sure, almost every arena has refills lying around, but they may not be enough if you haven’t invested in ammo upgrades heavily. As such, it is best to use Sentinel Crystals to purchase ammo upgrades as soon as possible so that you do not have to rely on potential refills to save the day.

With attacks flying all over the screen, it is very easy to be left with no armor during most enemy encounters, but it is easy to recover it even during the most brutal of fights if you set things up properly. Using the flame belch on any enemy sets it on fire, and makes it drop green armor shards that restore your armor. Setting enemies on fire during the minor encounters is a viable method to restore armor between the major fights, and if you want to take this method to the next level, make sure to set some enemies on fire as soon as any major fight begins. This way, you will be able to restore your armor during the fight if needed.