Home Guides Digimon ReArise: Tier List for Mega Digimon – Best Ones in the...

If you want to know which are the best Mega in Digimon ReArise, then you came to the right place, because we are going to share with you our Digimon ReArise tier list for Mega Digimon right here!

Firstly, you should learn how to Digivolve these best Mega Digimon, because that will make it much easier for you to form a powerful team able to take on anything – so check out our Digivolution guide!

So if you are curious which of the Mega Digimon you should really be on the lookout for and which ones you should work on upgrading, then let’s not waste another second and dive right into the Digimon ReArise tier list for Mega Digimon right here below:

These are some of the best Digimon currently available in the game. They will be a major asset to the team, and even when there will be newer champions released, you might still have plenty of use for them.

PvE: This hero is very useful, because it will help you take down the Raid and Clash bosses really quick as his skills are single target. For any bosses, this hero is a must as they have some of the most powerful attacks single target.

Tip: I suggest that you use him alongside other Digimon which have buffs, especially PWR buff, because that will make him even stronger and work well with his kit. Also pair him up with AeroVeedramon too!

PvP: In PvP it could be good if you are looking to take down the enemies one target at a time, but I don’t really think it will work out that well since you will benefit mostly from AoE there. Nonetheless, if you can take the enemies down one by one in a single shot, it might be worth a try.

PvE: He is pretty decent for PvE for the same reasons that he is good in PvP – a good DEF buff and a powerful AoE skill. For the bosses however, I don’t really think that he is that great, but either way he is a hero worth getting now!

PvP: He is the dream Digimon for PvP content because he has both a very good DEF buff for the whole team, and also an added AoE which can Shock the enemies, which makes them take more damage!

Overall, HiAndromon is basically a hero that is good for the DEF buff mainly as that will make the difference in certain game contexts. Other than that, his AoE skill is mainly good for PvP as for PvE there are other, better heroes.

PvE: With the AoE damage which can also inflict poison, it will work very well for both PvE and PvP alike. This hero can also debuff the enemy’s defense, which leaves them taking more damage.

PvP: Just like HiAndromon, Minervamon is really good for PvP. Its kit is very good because of the Poison combined with AoE and DEF debuff, so I suggest that if you want a strong PvP team, you add Minervamon to it (alongside HiAndromon and AeroVeedramon).

All in all, it’s a pretty good Digimon which will carry trough all of the game’s content, including PvP. It could work very well on your PvP team too, so it’s definitely worth rerolling for it!

PvP: It’s good for PvP alike, because of the AoE damage and the Burn effect which deals some damage over time.

Tip: because of the passive, you should pair it up with WarGreymon to boost the Brave type Critical Hit Chance and make WarGreymon even stronger.

PvE: He is quite weak in terms of survivability so you should pray that he never gets hit because he might die one shot – but his AoE skills hurt as he has one of the highest base PWR stats in game.

PvP: Since his DEF and HP and low for a Mega hero, if you want to add him to your PvP team you should make sure that you have HiAndromon to buff the DEF because it will help keep him alive for longer.

PvE: His attacks are AoE and they have a chance to inflict a Sleep effect on the enemies. They are pretty good, but again – not the best. For bosses he has a sub skill which is single target, and it debuffs DEF so it could be pretty useful.

PvP: In PvP it is slightly better than in PvE because of the Sleep which is very useful (any CC – crowd control – is good in PvP because it helps prevent the enemies from attacking). Also, it has AoE damage!

PvE: It’s really not the best hero for PvE as he has a chance to inflict Darkness, but bosses are immune to that so there is really no use for it. (hence the B tier – because the PvP is slightly better)

PvP: Now the B is solely because of the AoE attacks which can inflict Darkness, which opposite from PvE, they can apply to players. So there’s that!

PvE: Not a great hero for PvE as it deals fairly low AoE damage compared to other Mega units. It also doesn’t have the best HP and DEF, so it could be very squishy when it comes to taking hits.

PvP: For PvP on the other hand, Sakuyamon can be pretty good. The Skill Seal (which is like Silence effect – unable to use skills) it inflicts is good, and it can also give Skill Seal Immunity to the team. Since the attacks are AoE, that makes it a very good hero for PvP.

PvE: Has pretty decent PvE abilities, because even though it is AoE, it can inflict Poison so it’s a good damage over time modifier.

PvP: Because of the decent AoE damage and debuff to enemy’s DEF, it can be a fairly good unit for PvP. It’s definitely worth adding to the team!

PvE: Now since this unit is a healer, it can be OK-ish in PvE to sustain the team against bosses for longer, but it’s also pretty squishy so it’s a kinda two-sided thing. It heals, but it also takes a lot of damage. If you manage to keep Plessiomon alive for long, then your team will probably never die and will manage to pass anything in PvE.

PvP: His passive will protect the team from Freeze, and that makes it good to have some immunity to CC in PvP. Also the heal is useful, but because of the low defensive stats, and also because in PvP mostly everything is AoE, it might die a lot.

Tip: If you pair Plessiomon with HiAndromon, it will make your team mostly invincible because of the heal and DEF buff.

I will not go much into detail for them, as I really don’t see these Digimon as being super useful, so I don’t suggest that you go for them at all!

– It can protect Brave allies from CC and he can debuff PWR Res, but other than that he doesn’t have much use in my opinion.

– It can inflict AoE Skill Seal status effect, which is decent for PvP battles.

– It’s good to inflict AoE Paralysis effect to the enemies, but there are better ones for both PvP and PvE.

– It can inflict Freeze effect, but on single target (which can be useful-ish for bosses) and AoE Shock which makes enemies take more damage in PvP.

– It’s kinda useful in Raids because of the single target debuff.

– It can be useful in PvP against opponents who run PWR teams, because of the PWR debuff that it provides.

This would conclude our Digimon ReArise tier list for Mega heroes and best Mega heroes in the game! Don’t forget to check out our rerolling guide to learn how to reroll and also check out the game guide to get better at the game!

As for the non-Mega Digimon, here’s our non-Mega Digimon & Ultimate Digimon tier list! That should help you quite a bit if you want some easier Digimon to upgrade – also, check out our guide on how to build the perfect PvP team! 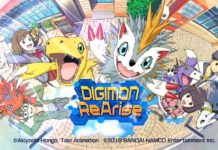 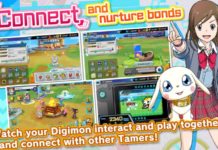 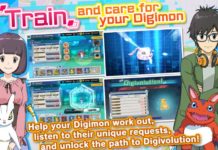 Digimon ReArise: How to Build the Perfect Team for PvP