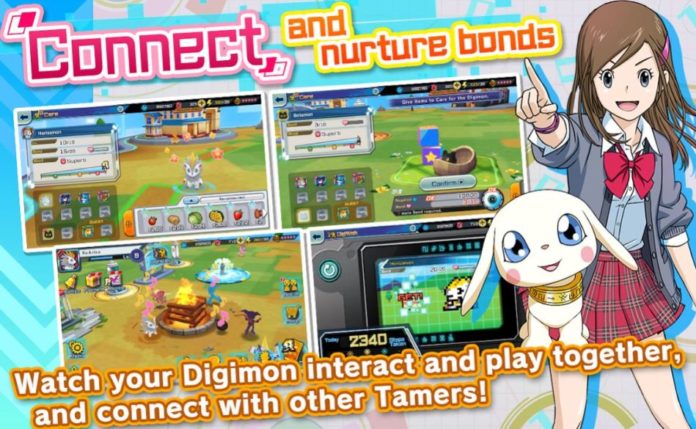 Now that we went through several Digimon ReArise articles, you probably learned a lot about the game and therefore you would like to learn even more! That’s why today we come to you with the Digimon ReArise best Ultimate and best non-Mega Digimon in the game!

If you want to learn all that there is to know about these Digimon, then make sure you first take a look at our previous article, where we have mentioned some of the best Mega Digimon in the game! Also, don’t forget about the reroll guide, where you can learn how to reroll your Digimon easily and aim for the best ones!

So, without further ado, let’s dive into the Digimon ReArise best Ultimate and non-Mega Digimon in the game:

Wisemon is a pretty good Digimoon all in all, and it has decent damage, HP and DEF, so it’s not bad when it comes to that. It is a TEC buffer, which is going to work very well with offensive TEC Digimon.

Since his kit is not all that bad, and he also provides good TEC buffs, he will work very well alongside Ravemon and Minervamon, so try to use them together for the best added benefits.

This Digimon is pretty similar to Wisemon because it also buffs TEC. I could argue that depending on the type of enemy you are fighting, WaruSeadramon could be better because of the Freeze resistance to Deft allies.

WaruSeadramon will also work better in PvP for the same reason, because if you are dealing with opponents which will try to freeze you, this added Freeze resistance will deem them useless against your team.

If you read what we mentioned above in our best Mega Digimon article, then you will probably be able to use Mamemon to buff the DEF just like you would HiAndromon (but HiAndromon has better stats anyway).

He will buff the team’s DEF, which makes it a good Digimon for both PvP and PvE. Other than that, its overall stats are pretty decent, but if you have the chance to get HiAndromon, then definitely try to get it!

Lilamon is a Digimon which will boost the PWR stat of the whole team. If you got PWR benefiting heroes such as WarGreymon, AeroVeedramon and so on, this will make a great addition to the team because it will make these heroes even more powerful!

For PvP, Lilamon will provide some Skill Seal immunity to Deft allies, so if your PvP team is in need of that, then Lilamon is a good addition. Also, if your PvP team has Boltmon, WarGreymon or so, then it’s even better!

This is a very good and powerful Digimon which will help you with both PvE and PvP content like. Until you get a good Mega, you will probably use it for pretty much everything.

AeroVeedramon will debuff the enemy’s DEF and when it comes to bosses, its single target attacks are very strong (given that the DEF debuff also applies!). Try to use Lilamon alongside AeroVeedramon and WarGreymon because this will make for a really powerful and great combo.

MetalGreymon is in my opinion the lesser version of Lilamon. It’s also a PWR buffer, so it will work good with WarGreymon and other PWR Digimon.

This Digimon will work very, very good in PvP because it can inflict Darkness and it rocks some decent damage AoE skills. If the enemy team has no WarGreymon on their side to provide the Darkness Immunity for the entire team, then it will work really good.

As for PvE content, it’s not such a great pick, but it makes up for that with its strong PvP power and also the fact that LadyDevimon has some pretty good stats overall.

This is a tank hero, which can be pretty useful for many team compositions because it will provide a Taunt ability, which makes enemies attack SuperStarmon instead of any other ally.

It has some very good stats and depending on which enemy you are facing (talking about PvE here) you can benefit more, or less from it. If the enemy has AoE skills, a tank will not be super necessary, but for enemies which hit single target, then it’s going to be useful.

Pandamon is very good in PvP because of the Target Plugin that it has available. That will boost the Speed by quite a lot and if you have both Target Plugins equipped, you will most likely always go first in PvP encounters.

If you don’t want to use Pandamon for PvP, then I really don’t think there is much use for it in PvE because there are other better Digimon to use. But for PvP alone, it is super useful.

This Digimon will benefit from PWR buffs, and it has the ability to boost its own Critcal Chance and inflict Poison. This will make Groundramon have pretty good damage overall, at least until you unlock some better damage dealers.

For start, if you have Groundramon withh WarGreymon and Lilamon to boost the PWR it will be a pretty decent combo in my opinion.

This is a healer unit, which could arguably be one of the best in game. It has very small cooldowns and the healing it provides is super good. Also in MagnaAngemon’s kit you will find some Skill Seal (silence) to inflict upon the opponents, so it’s very good for PvP!

Because of its kit also, unless you make plenty of upgrades to it, it will be a fairly squishy unit which can get one shot easily in PvP.

Similar to Pandamon, Garudamon has a Target Plugin. This boosts Garudamon’s PWR and that makes it a pretty OK unit for PvP.

It also has some AoE skills which can inflict Burn effect, which is very useful for PvP instances. If you don’t have other better units to use in PvP, it will do fine until you find some replacements!

This Digimon will provide quite a powerful PWR debuff, and that’s about it. There is not much else it can do, but if you really need a PWR debuffer, this is the man for you. However, I wouldn’t recommend because you can use another, not as powerful PWR debuffer which can also have good damage (like WarGreymon).

This is an OK-ish single target unit, but its stats are nothing to be awed about and it will most likely end p getting one shot.

It can spam Stun to disable the opponents, but it is super super squishy and its damage makes it not really worth the effort. Use LadyDevimon instead.

This would conclude our Digimon ReArise Ultimate and non-Mega tier list of all the best Digimon! Don’t forget to check out our guide on how to build the best PvP team if you are curious to learn how to best use some of these Digimon and if you want to get better at the game, then make sure you take a look at our game guide! And don’t forget that if you want to learn how to Digivolve your Digimon, here’s our Digivolution guide!