Rosaria is a four-star Cryo Polearm user in Genshin Impact built for both Support and DPS. Players can utilize her elemental ability Ravaging Confession for Support as it increases the CRIT Rate for the party members. Meanwhile, she can also be a great damage dealer, serving as the main DPS for your team.

In this Rosaria best build guide, we will share some of the best weapons and artifacts using which you can achieve a great high DPS or Support build.

There two things that separate Rosaria from being a Support or DPS character. We are talking about the Physical DMG Bonus, CRIT Rate and Energy Recharge. Now many of you might be thinking, we said two things but mentioned three. Actually, Physical DMG Bonus and CRIT Rate are needed for a High DPS build, while the Energy Recharge bonus is needed for a Rosaria Support Build.

Some of the best artifact sets for Rosaria are the Gladiators Finale and Bloodstained Chivalry Artifact Sets.

4-Piece: If the wielder of this artifact set uses a Sword, Claymore or Polearm, increases their Normal Attack DMG by 35%.

4-Piece Bonus – After defeating an opponent, increases Charged Attack DMG by 50%, and reduces its Stamina cost to 0 for 10s. Also triggers with wild animals such as boars, squirrels and frogs. 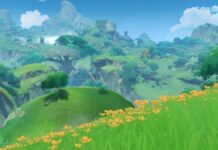 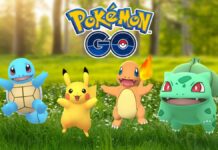 Pokemon GO: How to Fix Make a New Friend Not Working Error