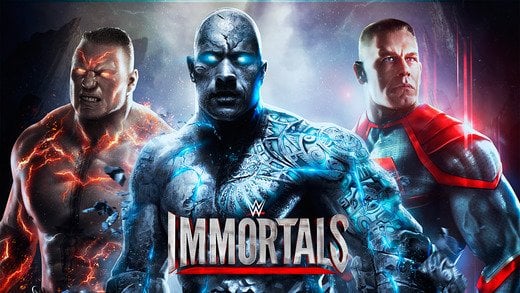 WWE Immortals, the game developed by NetherRealm Studios and Phosphor Games released a while back on the App Store, has received a brand new update today which includes a new character, a new event and more.

Another addition of the new update is a special event which will run from June 10th until June 17th which will allow players to obtain some new items.

Two months ago another WWE Immortals update has been released, allowing players to use two new wrestlers who need no introduction – Stone Cold Steve Austin and Randy Savage. The two wrestlers come in two different varieties each – the Icebound Watcher and Texas Rattlesnake for Steve Austin and the Renegade and Macho King for Randy Savage. A new Events system was also added by this update, allowing players to take part in events and earn some unique items.

WWE Immortals is now available for download for free on the App Store. If you have yet to begin the game and want to learn more about it, you can check out out WWE Immortals guides for some useful tips and tricks.