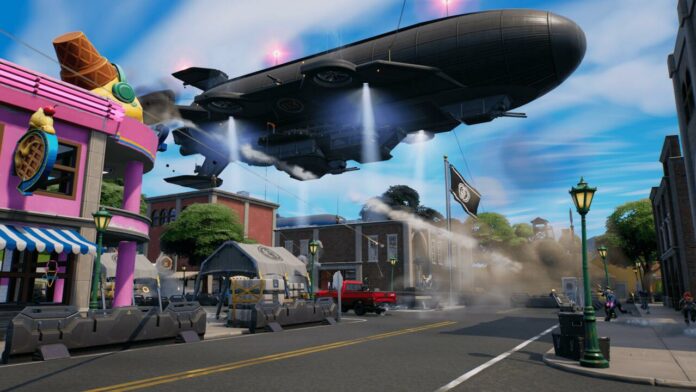 Quite recently, Fortnite Chapter 3 Season 2 got an update that saw the return of JetPack and Heavy Sniper rifle. Both the items have been the favorites among the community and it’s nice to see Epic Games bringing these back even if it’s for a season or half. The latest update also the addition of new quests which are great for gaining quick XP. In this article, we will explain where and how you can get Jetpack and Heavy Sniper Rifle in Fortnite Chapter 3 Season 2.

Where is Jetpack in Fortnite Chapter 3 Season 2

Jetpack is currently available in regular matches, including the brand new Zero Build playlist. You can get a Jetpack from the giant blimps that hover over six Imagined Order-controlled POIs, which are:

Simply land on any one of these blimps and make your way inside to get the Jetpack in Fortnite Chapter 3 Season 2. While these JetPacks may be a new addition to the ongoing season, the functionality hasn’t changed. All Jetpacks have the same limited range and you will take fall damage if you get too carried away and fly higher than usual. These are currently only available on blimps at the above-mentioned locations and cannot be found in chests.

Where is Heavy Sniper in Fortnite Chapter 3 Season 2

The Heavy Sniper is one of the OG weapons of Fortnite and was a one-hit kill sniper rifle. However, the developers heavily nerfed the weapon, later on, to balance the game, upsetting a lot of players. Still, it’s great to see them back in the game.

RELATED – 10 Most Popular Fortnite Pickaxes Ever