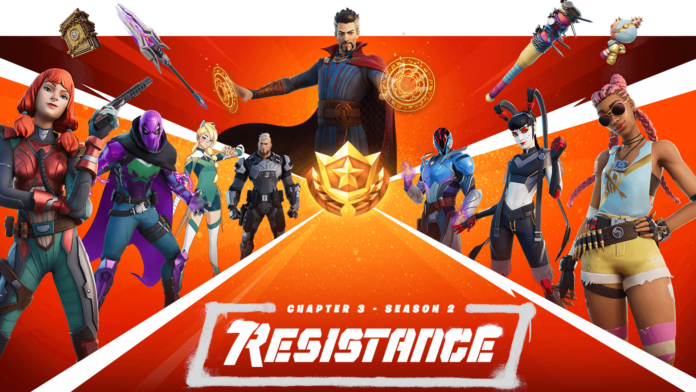 Epic Games dropped a brand new Fortnite update in the form of v20.10 on April 5, adding new quests, mechanics and other things to the game. The Fortnite April 5 update is the first big update for Chapter 3 Season 2 and is packed with content to keep players engaged. Here’s everything new in the Fortnite April 5 2022 update.

One of the major highlights of the Fortnite April 5 update is The Seven forces gathering in the Daily Bugle. They will try to regain control of the POI and have arrived with newer versions of the Titan Tanks to help them in their fight.

The Heavy Sniper has made a comeback to the game with the Fortnite v20.10 update and sees some major nerfing from the developers. It currently comes with the following stats:

Another returning item is Jetpacks. These can be located in IO blimps. Epic Games has also brought Spicy chug splashes back into the loot pool. There’s even a new funding round that allows players to spend bars in order to pick and choose between MK-Seven Assault Rifle and Combat Assault Rifle. Whichever gets the most funding will be added back into the game.

Apart from this, the developers have added Chica, a popular Fortnite content creator into the Icon Series, meaning players can expect a new skin soon enough.