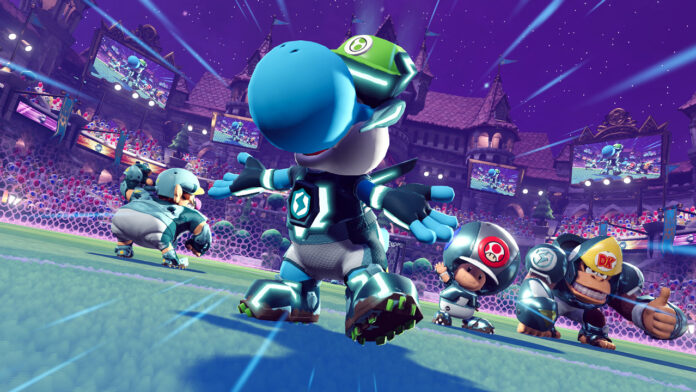 Want to know what is the release date of Mario Strikers Battle League DLC? Keep reading our guide because we’ll share everything we know thus far!

Mario Strikers Battle League is the latest sports game from Nintendo that has become popular since its release. And no wonder, because the player will again be able to play for any characters from the Nintendo universe. Moreover, football without rules with various Hyper Strikes is very exciting. But many players are wondering if there will be DLS. And in this guide, we will tell you about the release dates of Mario Strikers Battle League DLC.

In Mario Strikers Battle League, players can choose different characters and their Gear to play in different game modes. All modes are interesting and allow players to play both single-player and multiplayer. Moreover, the game has various stadiums, so the game will definitely not get boring.

But what about the DLC? At the time of Mario Strikers Battle League’s release, Nintendo hadn’t made any announcements about upcoming DLCs. However, on Twitter, they stated that several free updates will soon appear in the game. It also became known that with these updates, new characters will appear in the game. But so far, Nintendo has not revealed all the information. We guess it could be someone like Petey Piranha or Diddy Kong.

Well, even though Nintendo doesn’t say anything about the DLC at all, we can assure you that new content will be constantly added to the Mario Strikers Battle League. Therefore, follow the official pages of Nintendo, so as not to miss the news about DLS and updates. We hope you enjoyed this guide.