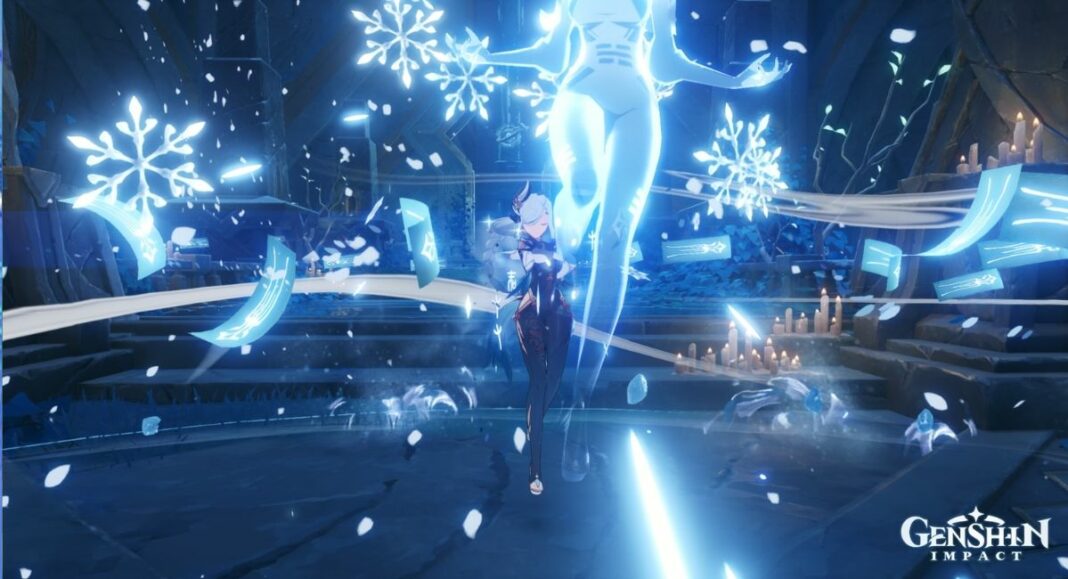 Shenhe is a five-star Cryo user and a polearm wielder in Genshin Impact that you can obtain by performing wishes on her character event wish banner “The Transcendent One Return.”

Related | Genshin Impact: Where to Gather the Three Fragments Guide

Since many of you Genshin Impact enthusiasts will wish for Shenhe, we have prepared the best build guide for Shenhe that you can use to maximize her abilities and utility.

Here are the best weapons and artifacts that will help you attain the best Shenhe build.

Shenhe is no exception to that, as along with her release, we also get a new five-star Polearm, the Calamity Queller, which is—by far—the best weapon for Shenhe.

Other than that, here are some great free-to-get and battle pass weapons that you can use on Shenhe to attain the best build.

So, there is no doubt that while selecting the best artifact set for Shenhe, the first and foremost thing to do is to look for artifacts that increase Cryo DMG.

At the moment, the only artifact that fits the said criteria is the Blizzard Strayer set.

Here are the two-set and four-set bonuses that you get from the Blizzard Strayer set:

It not only increases the Cryo element damage, but also gives Shenhe an additional CRIT Rate bonus that comes in handy all the time.

You can use The Catch Polearm along with two pieces of Noblesse Oblige and two pieces of Blizzard Strayer artifact sets to attain the perfect burst DPS build for Shenhe.

In case you managed to get your hands on the Calamity Queller polearm, we recommend you go for a pure DPS build, which you can attain by maximizing Shenhe’s ATK.