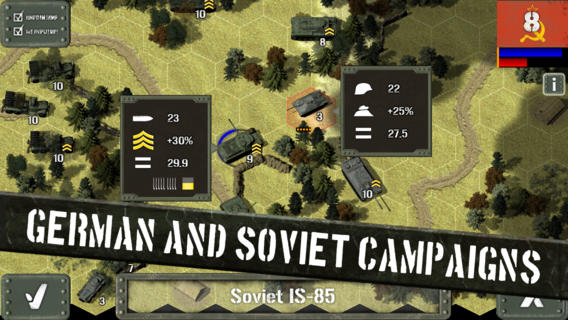 Just like in the previous games, it’s possible to play through two different campigns as Soviets and Germans. Each campaign includes eight total missions with a variety of objectives to complete. During the course of these missions you will have to protect convoys, destroy all enemies, obtain key itmes and more. Despite the low total number of missions, the game is still quite engaging. Some new tanks have also been added in, expanding the gameplay possibilities of the game.

Tank Battle: East Front 1945 is now available for purchase on the App Store. Now that all the game of the series have been released, you can enjoy the totality of the World War II East Front battles on the go.