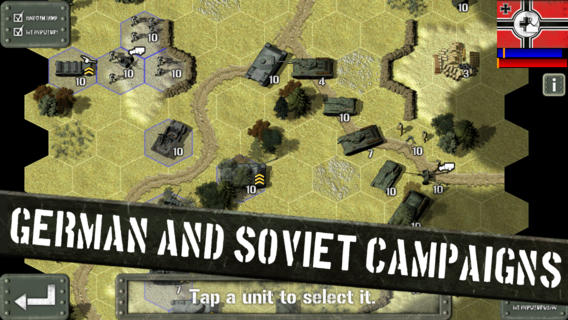 The strategy game Tank Battle: East Front 1942 has been released around one month ago on the App Store but it’s quite clear how Hunted Cow Studios hasn’t been idle since it’s release, since a sequel has already been developed and released on iOS devices.

Tank Battle: East Front 1943 is actually more like an expansion rather than a sequel, since the amount of new features is almost as non existant as your targets after shooting them in the game. There are 23 new missions, though, so you will have something new to do in the game for sure.

In Tank Battle: East Front 1943 you will be able to play as both the Germans and the Soviets in some accurate tank battles. Everything is just as it was back in the day so consider taking a look at the game if a little bit of realism doesn’t scare you off.