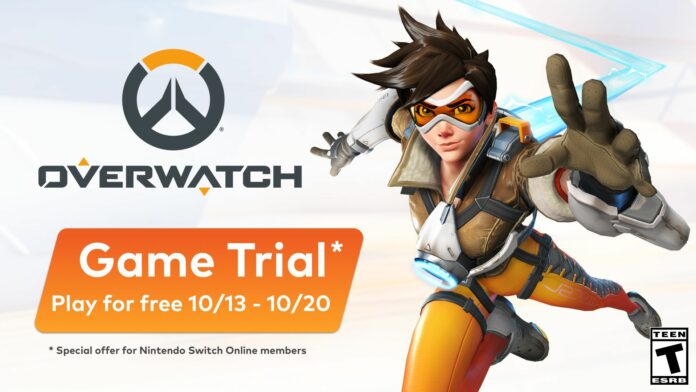 Overwatch, the popular competitive first-person game released by Blizzard last year on Nintendo Switch, will be playable for free for a limited time.

Nintendo of America confirmed that an Overwatch Game Trial will be available from October 13th until October 20th. The Free Trial version is the full version of the game, and it can only be accessed by Nintendo Switch Online subscribers.

The Overwatch Free Trial is also going to be available in Japan, accompanied by a sale. This sale hasn’t been confirmed for the West yet, but there are very good chances of this happening over here as well.

Overwatch on Nintendo Switch is a more than decent port of the popular PC and console game, but it is definitely not the best way to enjoy the game at home, as the experience is not as smooth as it on other formats. The Switch version was obviously developed for on-the-go play, and it definitely delivers on this front.

Overwatch is now available on Nintendo Switch worldwide. The game is also available on PC, PlayStation 4 and Xbox One.