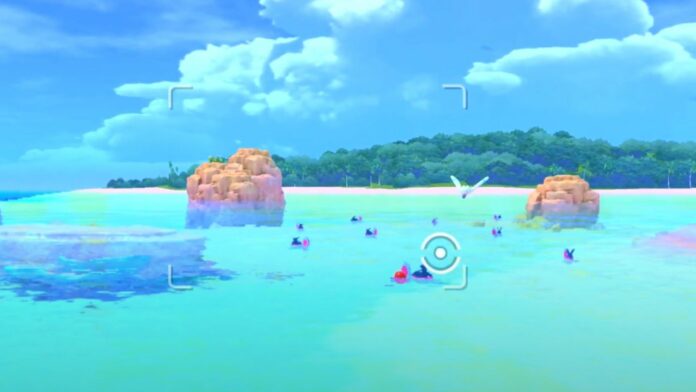 New Pokémon Snap has just received one of the biggest updates, which includes a lot of new features and content that players can explore. New zones were opened, one of which is needed for our Gyarados. In this guide, we will tell you where to locate Gyarados and how to get all 4-star photos.

Where to Find Gyarados

If you want to get access to the area where Gyarados is located, you need to beat the main story to unlock it. You need to go to the Mightywide River and then go to the waterfall and scan it. After you scan the waterfall, the crystal bloom appears, and you have to hit it with the orb. After you hit 3 blooms, Gyarados appears. The first and second bloom is on the rocks (first on the right side and second on left), and the last one is at the bottom of the waterfall.

RELATED: How to Unlock All Frames in New Pokémon Snap

How to Get a 1-Star Photo of Gyarados

To get a 1-star photo, you need just to take a photo at the end of the area where he appears.

How to Get a 2-Star Photo of Gyarados

To get a 2 star, throw some fruit in him at the end of the area when he appears, and when he eats it, make a photo.

How to Get a 3-Star Photo of Gyarados

At the end of this area, Gyarados will appear on the right side. At this moment, you must throw an orb in it, and you can get a 3-star photo.

How to Get a 4-Star Photo of Gyarados

After you spawn Gyarados by hitting 3 blooms, you must go further until you see another bloom on the right side, and you must hit it again. At the end of the area, when you fall off a cliff, you must quickly turn around and snap a picture. To do this, press Down on the D-Pad and use burst mode to get a 4-star photo.