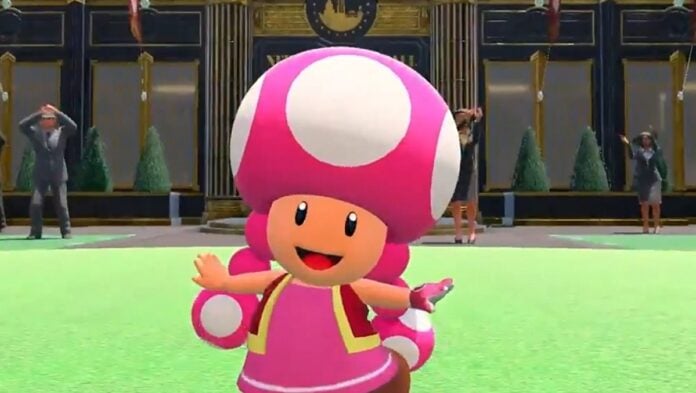 Mario Golf: Super Rush launched with a 16 character big roster that covers pretty much all play styles, but it seems like these characters weren’t enough for the development team, as a few weeks after release, Toadette has been added to the roster, bringing her own special abilities into the fray.

Here’s everything you need to know to play the character properly.

Toadette is not that different from Toad, in terms of stats and play style. The first additional character released for the game comes with amazing Speed and Control, but very low Power, the lowest in the game, and Stamina. As such, she is a great character for courses with bad weather conditions and play modes where Speed is essential, like Speed Golf, but for every other course or play mode, she definitely struggles in the hands of players that haven’t mastered the game.

Toadette’s Special Shot is Super Pickaxe Stinger, a special shot that blasts away balls in its path. As this Special Shot doesn’t have any other special ability, it works pretty much like other similar shots, and so it can be used to mess up opponents’ positioning, especially on the green.

Toadette’s Special Dash is Turnip-Toss Dash, a Special Dash where Toadette launches turnips around, knocking opponents down in the process. As the turnips need to hit the opponents directly, this Special Dash can be a little difficult to aim and, given the character’s low Stamina, not all that worth the effort and cost.