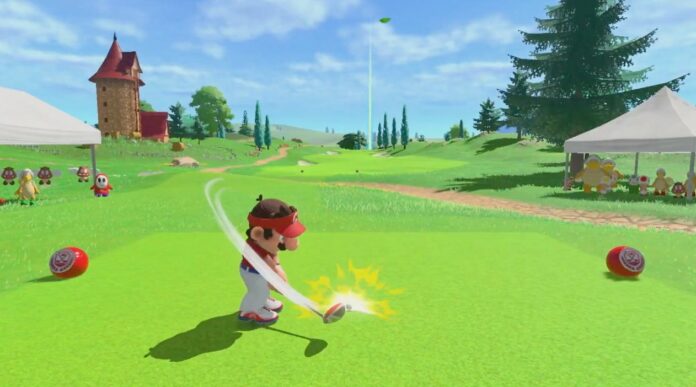 Mario Golf: Super Rush features multiple playable characters all coming with their own unique stats and abilities. While it is not possible to fully customize their stats as it is possible for your Mii character, there is a way to improve their abilities and make them more than viable in all play modes, online modes included. By earning Character Points, it is possible to unlock special clubs that improve any given character’s swing in significant ways, and, as such, you will want to unlock these special clubs as quickly as possible.

Here’s how to farm Character Points in Mario Golf: Super Rush in the most efficient way.

How to Farm Character Points in Mario Golf: Super Rush

How to Earn Character Points

As mentioned above, Character Points are used to unlock special clubs that are specific for each playable character. As such, you will have to farm points with each of them to unlock all of the special clubs.

Character points in Mario Golf: Super Rush are earned by performing certain actions in any of the game’s modes. Collecting coins in Speed Golf makes you earn the least amount of points, but performing a Hole-in-One will make you earn the most. Generally, the more difficult the task is, the higher the earned points will be.

How to Farm Character Points

Farming the Character Points needed to unlock all characters’ special clubs can be a little time-consuming. The most basic farming method is by playing Battle Golf and focusing on collecting coins instead of winning the game. To get the most amount of coins, you will have to focus on knocking down opponents with the Bomb-ombs and other obstacles found all over the course and collect them as soon as they appear. It doesn’t take more than 5 minutes to complete a game, so you should earn plenty of coins by focusing on knocking your opponents down. This farming method is even more effective if you start a multiplayer game, as you do not have to deal with the CPU as you try to knock down the other opponents.

There is another way of earning Character Points for multiple characters at once, only that it is very time-consuming and extremely repetitive. Play a Standard Golf game on any beginner’s course, choose the rules you want but make it a 4-player game. Once the game starts, pause and choose the Restart from the First Hole option. This makes it so that each character will get 10 Character Points each time you restart, making this restarting method a solid way to farm points for multiple characters at once.