Home Guides How to Create the Best Mii in Mario Golf: Super Rush 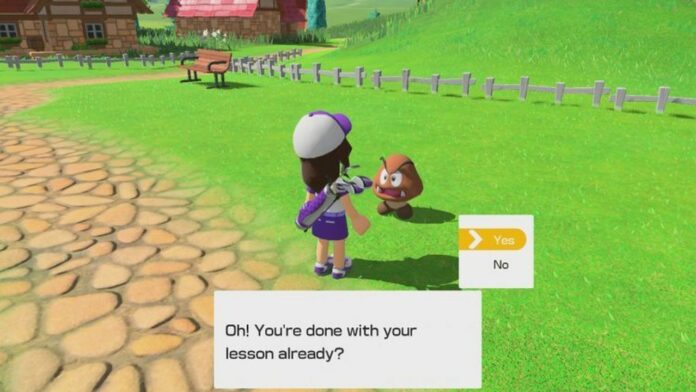 Mario Golf: Super Rush comes with a varied character roster, but the characters provided by the game are not the only ones that you can use in the many different play modes. At the start of Mario Golf: Super Rush big single-player mode, Golf Adventure, you will be asked to create and customize your own Mii. While the appearance of your Mii doesn’t influence the way it plays, the way you customize their stats do, so knowing which stat to improve it’s extremely important to make it through the adventure without too many troubles and use the character online to dominate the game.

Here’s everything you need to know to create the perfect Mii in Mario Golf: Super Rush.

How to Create the Best Mii in Mario Golf: Super Rush

Power is among the most important stats for your Mii in Mario Golf: Super Rush. It dictates how far you can hit the ball, which is extremely important for pretty much all courses in the game, as a low-power Mii will have trouble reaching the hole in as few shots as possible with a low Power value.

Stamina is a stat that will definitely leave those who know golf well a little confused. In Mario Golf: Super Rush, characters need to dash after the ball, and the Stamina stat dictates for how long a character can dash after a shot. The more Stamina you have, the quicker you will reach your ball and the higher the chances will be for you to win any game, especially online.

Speed is closely related to Stamina, as it simply dictates how fast your Mii dashes after a shot. For Adventure Mode, an average Speed stat is more than enough to clear it, but if you’re thinking about using the character to play online, having good Speed will be a big help.

Control is an extremely important stat to keep in mind, especially in trickier courses where you will have to be as accurate as possible with your shots. A high Control stat ensures that chances of your character hitting the ball wrong are lower.

Spin is definitely not an essential stat as all the others, but it’s still important enough for you to invest some upgrade points here and there. The higher this stat is, the better your backspin and topspin shots will be. The first makes it so the ball won’t move that much after landing, while the second grants your shot a little additional distance.

How to Upgrade Stats

To create a balanced Mii, you will want to invest some upgrade points in all stats: ignoring even one of them will result in an unbalanced Mii that will struggle in the multiplayer modes. Generally, you want to prioritize Power and Control first, Stamina and Speed second, and then Spin last, as this stat is the least important.

After you have gained a few levels, you will start noticing that upgrading one stat may result in another losing some points. This is absolutely fine, as it is the game’s attempt at balancing your character so that it does not get overpowered. By the time this happens, you should have a decent enough knowledge of the game’s mechanics that you can balance things nicely for yourself, making the loss of some upgrade points not a big deal at all.