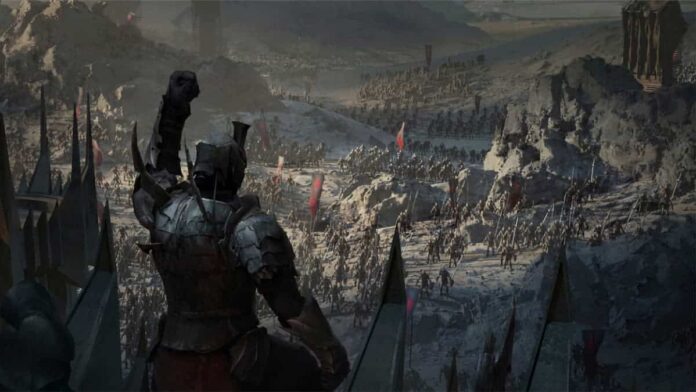 This is a strategy game for IOS and Android set in the Lord of the Rings universe. Players can choose the side of good or evil, gather their great army and take over all of Middle-earth, fighting against players and AI. You can strengthen the army by increasing the level of the Commanders and this guide will tell you how to do this with Mock Battles.

What are Mock Battles in LOTR: Rise to War?

The main mechanic of the game is epic battles in real-time. What is the Mock Battle then?

This battle can be called a training battle, both for the player and the Commanders. Commanders are familiar characters such as Aragorn, Gandalf, or Saruman, who will lead your army to victory.

With each level, the Commander will become stronger and can command a larger number of units, as well as get new abilities. For example, they can buff certain allies. Mock Battles are a great way to gain experience for Commanders without losing your soldiers.

RELATED: How to Get Eagles in LOTR: Rise to War

To start the Mock Battle, the player needs Grain and Ability Points, as well as Commander Stamina. All of this is restored over time. By the way, no matter what the size of the army, the Commander will receive the same amount of experience with both a large and a small army. But the location is important. We recommend choosing a tile for the battle that generates the most Ring Power per hour. You can also choose how long the Mock Battle will last.

All this will be useful both for new commanders for quick level up, and for high-level ones if they do not have enough experience for the next level.