Home Guides How to Get the Best Commanders in LOTR: Rise to War 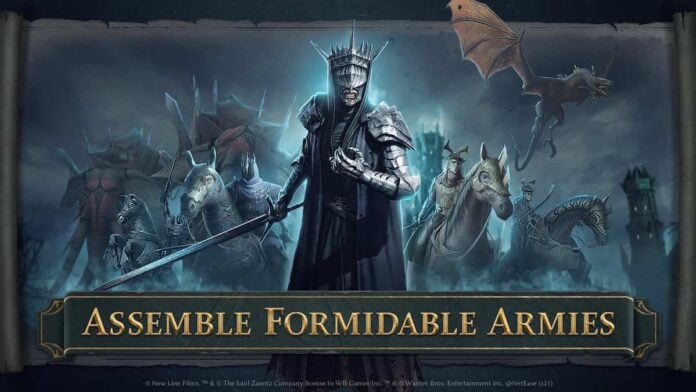 Lord of the Rings: Rise to War is a season real-time strategy (RTS) game by Netease. Based on the popular novel by J.R.R Tolkien, LOTR: Rise to War brings all the fan favorite characters – as well as other less known- to ‘life’. Gandalf, Aragorn, Saruman and the rest can lend you their power and shift the tides of battle. Some of them are evil, some of them are good (if you are familiar with the story you know all about it) but nevertheless, all of them are powerful units that have a very important role in the game.

These units are known as Commanders in LOTR: Rise to War. They can move the forces assigned to them around the map and lead them to battle. Each of them has their own skills that can buff not only their damage output, but the damage of the units they lead as well.

While Commanders are not exclusive to a faction, a ‘good’ faction cannot recruit an ‘evil’ Commander. That limitation is something that you need to keep in mind when choosing your faction during the start of the game.

Not all Commanders are equal though as they come in different rarities. In order to recruit a Commander of higher rarity, more Rare Treasures are required.

How to get more Commanders

The process of unlocking and acquiring new Commanders in LOTR: Rise to War is pretty simple and straightforward as you will see below. The only limitation as mentioned above is your faction. An ‘Evil’ faction cannot recruit a ‘Good’ Commander and visa versa.

By tapping on bottom right of the screen you head to the Tavern
From that screen, select the ‘Recruit Commander’ option to open the list of all available Commander.
In order to recruit a Commander you must first earn their Respect by giving them Gifts.
Once their Respect bar is full, the Commander will be ready to join your army and lead your troops.

Tap on the ‘Mathom’ button which is located at the bottom right of your screen.
In order to open a chest, you need to have Mathom Medals in your possession. Gems can be exchanged for Mathom Medals at 400:1 rate.
Each chest will give you 3 items and at least one of them will be of Fine rarity or better.
You can see what each chest contains and their drops rates by tapping on the ‘?‘ icon.
By acquiring Invitation Letters you can unlock and recruit Commanders.

Did we missed anything? Is there something that you would like us to add to this page? Let us know in the comment section down below! 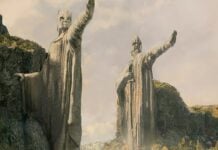