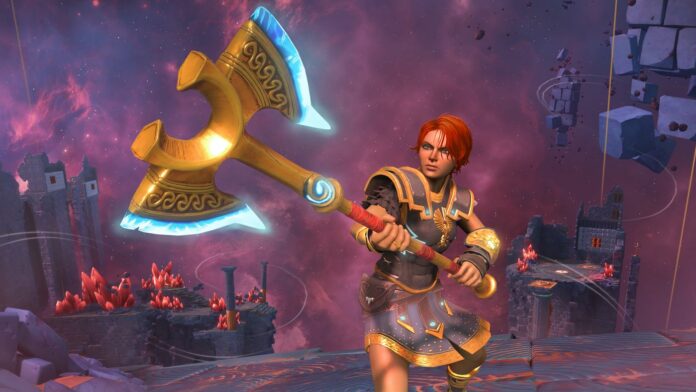 Cross-platform play and cross-progression are becoming more and more widespread lately, with many major titles on Nintendo Switch, like The Witcher 3, allowing users to import save files from the PC version of the game. Cross-progression between consoles, however, is still far from becoming a reality, but it seems like the upcoming Immortals Fenyx Rising will be among the first games that will allow players to access their save files on any system at any time.

Ubisoft revealed a few hours ago Ubisoft Connect, a new ecosystem of player services that will be available for all Ubisoft games across all platforms. This service will allow users to connect with their friends, regardless of the platform, and import progress made in any game from one version to another.

Nintendo Switch games are obviously also included in the new Ubisoft Connect ecosystem, and the first game that will fully integrate cross-progression will be Immortals Fenyx Rising.

Immortals Fenyx Rising will release on December 3 on Switch as well as on PC, PlayStation 4, and Xbox One. Long considered to be an uninspired clone of Zelda: Breath of the Wild, the upcoming open-world game by Ubisoft will be much more than that, as it seems to combine features inspired by many other popular series, like the Kid Icarus series, and a setting that will see players fight against mythological beasts from ancient Greece.

The game has been developed by the same team behind Assassin’s Creed Odyssey, so the setting is definitely going to be done right. To see if everything else will be as well, we only have to wait a little over a month.