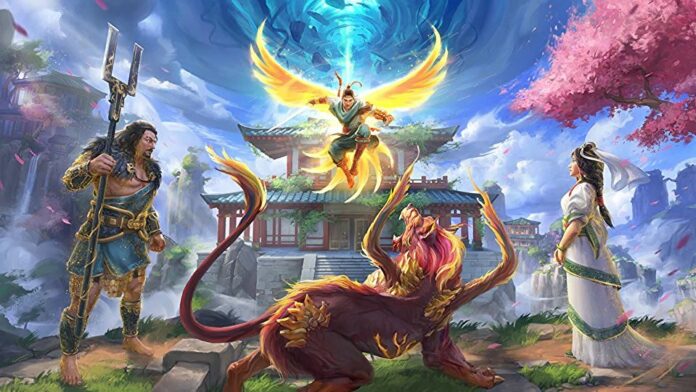 Immortals Fenyx Rising was one of the most surprising games released last year. The game may not be particularly original, but it does well what it sets out to do, providing a light-hearted open-world experience featuring solid gameplay mechanics.

The Immortals Fenyx Rising experience is getting expanded once again with the second DLC expansion later this month. The new expansion, called Myths of the Eastern Realm, will be released on all formats, including Nintendo Switch, on March 25.

Before release, players will be able to get a taste of the new DLC experience with a new free DLC quest called We Are Not Alone. The quest will let players get acquainted with the new character named Ku and the new open-world section inspired by Chinese mythology.

Back in January, Immortals Fenyx Rising received its first DLC expansion called A New God. This expansion, set right after the events of the main campaign, saw Fenyx interact with the Greek Gods he saved on their journey, attain new powers and prove to be worthy of a place in Olympos.

Immortals Fenyx Rising is now available on Nintendo Switch, PC and all other consoles.