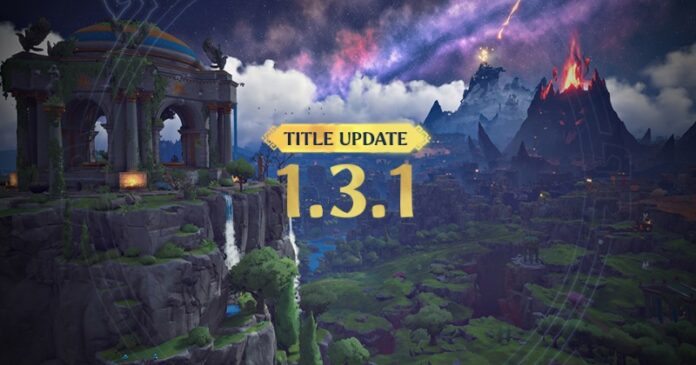 Immortals Fenyx Rising received its third and final DLC expansion last month, but this doesn’t mean that Ubisoft is completely done with the game. Another update has gone live for the Nintendo Switch version of the game a few hours ago, introducing fixes and improvements.

The 1.3.1 update introduces fixes for several quests, activities and gameplay issues, as well as stability improvements when entering Typhon’s Vault.

You can find the full Immortals Fenyx Rising 1.3.1 update notes below.

Immortals Fenyx Rising has been launched late last year on Nintendo Switch, PC, and all the other consoles. The game is a very nice open-world game that combines features from other games like Breath of the Wild to offer an engaging experience. An experience that has been further expanded by three DLC expansions, the last of them, The Lost Gods, introducing a top-down view and new progression system that work incredibly well.

Immortals Fenyx Rising is now out on Nintendo Switch, PC and other consoles worldwide.