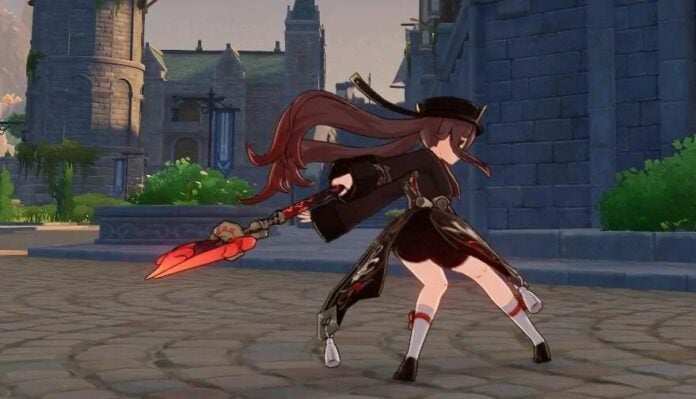 Genshin Impact 1.3 update is set to release next year in the month of February 2021. And, prior to that, we have a new Genshin Impact leak that features a new five-star Pyro user – Hu Tao coming to the game with the version 1.3 update.

For players who don’t remember Hu Tao was one of the eight previously leaked characters that are ready in line to join the current Genshin Impact’s character roster. In Genshin Impact’s game world, Hu Tao is the 77th Master of the Wangsheng Funeral Parlor, also the boss of the Geo Archon – Zhongli.

Today we are going to list all major Hu Tao leaks that you should know – from her abilities to her idle animation. So, without any further ado, let us get to the main topic.

Hu Tao is a five-star Pyro user, whose weapon of choice is a Polearm and her elemental abilities are a lot similar to the five-star Anemo user – Xiao.

Alike other playable characters, Hu Tao has two different elemental abilities – her elemental skill is called Rebirth’s Chaperone, and the ability shrouds Hu Tao with fire, leading to a loss of HP, and gain in ATK DMG bonus. Also, when the ability is active, the basic attacks deal pyro damage.

Hu Tao’s Elemental Burst is called Godsoother, and it summons a ghost that deals skill DMG and also heals her.

The Attack Talent of Hu Tao is called Spear of Wangsheng, that has three forms alike other playable character attack talents.

We don’t have an official name or rarity of the new leaked weapons. But, we do have details on the weapon’s ability – and it turns out, Hu Tao’s new polearm weapon raises the HP by 20%, and with each 1% loss in HP, players gain a 1% ATK DMG bonus.

For now, we are calling it Hu Tao’s weapon because firstly, she was holding the polearm, secondly, the stats of the weapon(abilities) makes it the best weapon for her(at least for now).

Being idle for a few seconds, A little ghost pops up on Hu Tao’s palm, promoting Wangsheng Funeral Parlor’s – “Buy one get one free service”.

As per the leaked information, Hu Tao is expected to come right after Xiao – in Genshin Impact 1.3 update. However, we were expecting the second banner of the version 1.3 update to include Kamisato Ayaka. So, take it with a grain of salt.

We will update this article if any new info or leak comes.