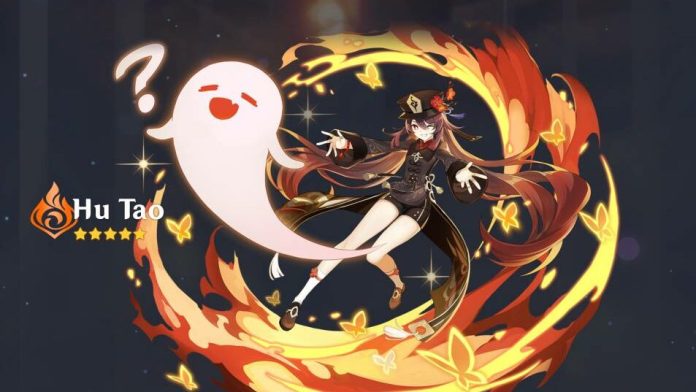 As a gacha-based roleplaying game, Genshin Impact offers a plethora of playable characters, each differing from one another in terms of elemental abilities, skills, background, regionality, and a few other aspects.

Recently, miHoYo rolled out the second biggest update for Genshin Impact – since its launch on September 18, 2020. The new update did bring the previously leaked location Dragonspine, alongside a bunch of new content and quality of life changes.

As of now, there are eight new playable characters in Genshin Impact that are confirmed to come in the near future. Though, we don’t have a definite official release date for them.

With the introduction of Rosaria in the new seasonal event – The Chalk Prince and the Dragon, we were expecting her to be the next four-star character to be released with Ganyu’s banner on January 13, 2020.

While the Genshin Impact community was focused on Rosaria, we had a new character that we may be seeing soon that we expected. We are talking about – Hu Tao, the first character(left side) in the above image.

If the leaks are correct, then just like Albedo and Ganyu, we would be seeing Xiao and Hu Tao’s banner with Genshin Impact 1.3 update.

As we promised, we are updating this article with Hu Tao’s elemental skill and elemental burst abilities and some other newly found details.

Hu Tao’s elemental skill is called Rebirth’s Chaperone, and what it does is – Shrouds Hu Tao with fire, leading to a loss of HP. Furthermore, it turns the basic attacks into Pyro attacks and the ATK DMG bonus is inversely proportional to Hu Tao’s HP. In simple words, the lower health she has – the more damage she deals.

Each playable character in Genshin Impact have their own unique set of animations. And, alike others, Hu Tao also has her own unique animation that triggers when she is idle.

Being idle for a few seconds, A little ghost pops up on Hu Tao’s palm, promoting Wangsheng Funeral Parlor’s – “Buy one get one free service”.

A new red polearm weapon will be added to Genshin Impact with version 1.3 update. This new weapon is best suited for Hu Tao as equipping it raises the HP by 20% and with each 1% loss in HP, players gain a 1% ATK DMG bonus.

Note: Hu Tao was first leaked as a four-star Pyro character, but, new leaks suggest – she was changed to a five-star character. At current, apart from her element and weapon of choice – take her release and star-rarity as a grain of salt.

In Genshin Impact’s game world, Hu Tao 77th Master of the Wangsheng Funeral Parlor. As far as personality goes, Hu Tao has a very negative one. According to Genshin Impact’s Fandom, “She is typically described as a cheeky prankster who always causes trouble“.

Moreover, “Qiqi’s character stories say she has a very “punch-able face” due to Hu Tao’s insistence on burying the zombie”.

And, when players reach friendship level 4 with Xinyan – she describes Hu Tao as “happy-clappy“. Furthermore, she describes her sense of humor by quoting Hu Tao saying “I like people who play with fire, they’re good for business“.

That’s all for now! we will be updating this article, if we get any new news on Hu Tao.