Genshin Impact version 1.2 update brought a pool of new content for players to dive right into. The inclusion of two new items, namely – Rime Worn Fragments and Rime Worn Crystals are two among many new items, that were added to the game with the new update.

The Rime Worn Fragments and Crystal are an event type item that players can unlock by first completing a certain question called Festering Desire. For players who don’t know, this new quest is a part of Genshin Impact’s seasonal event – The Chalk Prince and Dragon. The quest is given by Albedo, one of the newly added five-star Geo users.

After players are done completing the quest. The items, Rime Worn Fragments, and Crystals become a normal yet rare drop item that the enemies at Dragonspine location start dropping.

Here is a complete list of enemies in Genshin Impact that drop Rime Worn Fragments and Crystals, granted players have already completed the quest – Festering Desire. 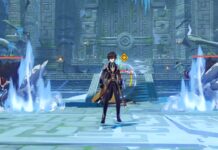 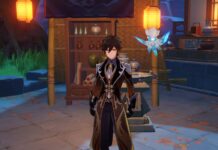 Genshin Impact: How to use Dream Solvent | Convert Five-Star Talent Level Up Materials to other Forms 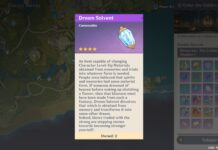 How to Get Dream Solvent in Genshin Impact