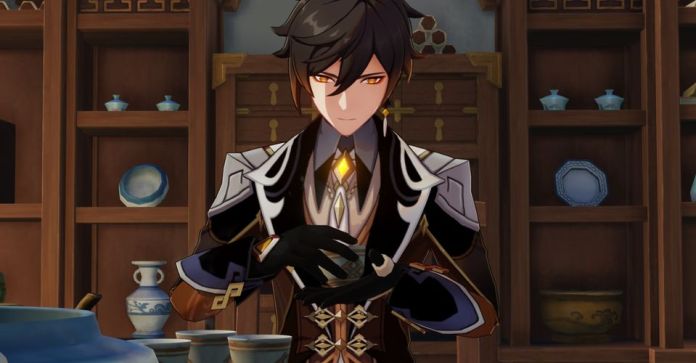 Genshin Impact is going to introduce two new event wish banners, Gentry of Hermitage and Epitome invocation on December 1, 2020, with a small update. Though, the event banners are not the only new content being added to the game. We are also getting a brand new Character Story Quest for Zhongli.

Players will finally be able to roll for one of the most, if not the most hyped characters of Genshin Impact, Zhongli. A five-star Geo user with polearm as a weapon of choice, who is also the God/Archon of Liyue region.

To unlock Zhongli’s story quest, Historia Antiqua, players must reach adventure rank 26 or above. Also, AR rank 26 or above is just the requirement for unlocking the quest page.

In order to unlock and play Zhongli’s story quest, players must reach Adventure Rank 40 or above and complete all quests in Chapter I: Act III – A New Star Approaches. If anyone of the requirements is not fulfilled then you won’t be able to play the quest.

Also, for new players who don’t know about how the character story quest works- To unlock a story quest players need a special key called Story Key. And, these keys are obtained in Genshin Impact by completing daily commissions.

One Story Key is rewarded for completing eight daily commissions. So, make sure to save some keys for the upcoming quest.