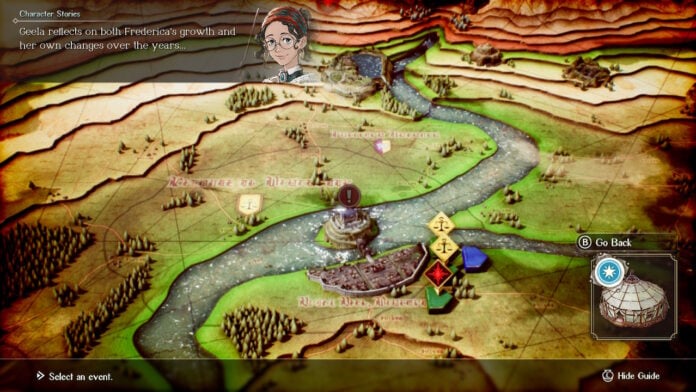 Triangle Strategy features quite a few characters to recruit to your army, but not many of them will join Serenoa and his closest companions automatically during the story. Many of these characters are optional, and they will only join House Wolffort after their Character Stories have been unlocked.

Here’s how to unlock Character Stories and why you should try to do so even for characters that have already joined your army.

How to Unlock Character Stories in Triangle Strategy

Character Stories are among the most interesting features found in Triangle Strategy, as they allow you not only to recruit optional characters but also let you learn more about each character’s backstory and motivation.

Character Stories become available from Chapter 5 and they are unlocked after Serenoa’s Convictions reach certain values. Convictions values are increased by giving certain answers and performing certain actions during battle and exploration phases, and there is no way of knowing how the values are altered during your first playthrough. During New Game +, however, you can not only check the current values but also how each choice you make change them. So do not worry about them too much your first time through the game, as it’s only during New Game + that you will be able to unlock most of the content you may have skipped the first time you have waged war in Norzelia.

How to Unlock Character Stories in Triangle Strategy