Home Game Guides What Are Serenoa’s Convictions in Triangle Strategy 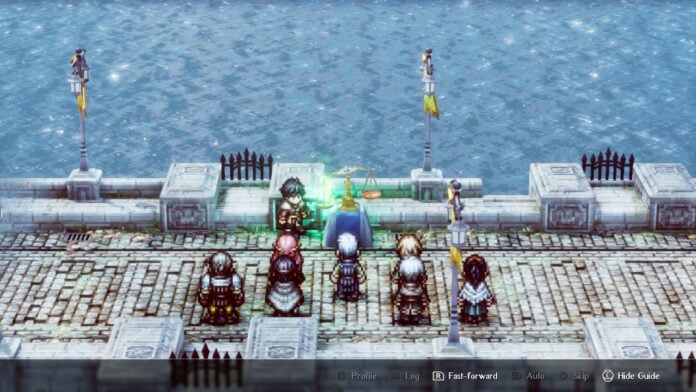 Triangle Strategy is one of those very few role-playing games where every little choice matters. Depending on the choices you make, you not only will experience different story paths, but you will also be able to recruit different characters that come with different abilities that make them rather unique compared to the rest of the cast.

Depending on the choices Serenoa makes, his Convictions will also change. Here’s everything you need to know about them.

What Are The Scales of Conviction in Triangle Strategy

Serenoa’s Convictions are three different stats – Morality, Liberty and Utility – that change depending on the choices you make. Depending on the current values, you will not only be able to recruit different characters, but it will also be easier to persuade characters before taking a vote with the Scale of Conviction. The outcomes of the voting phases change which story path you will experience, so being able to persuade your allies is extremely important to make the story go where you want it to.

The three Conviction values change depending not only on the answers Serenoa gives during special dialogues but also by using shops in the Encampment, using Recommended units in battle, collecting items during Exploration phases, and more. During your first playthrough, you have no way of checking how answers alter Serenoa’s Convictions, but you will be able to do so during your New Game Plus playthrough, which makes it easier to recruit certain characters.

What Are Serenoa’s Convictions in Triangle Strategy