Home Guides How to Get The Horseman’s Blade in Terraria

The Horseman’s Blade in Terraria appeared with the release of update 1.2.1. This sword is one of the best items in the game, due to which it has become one of the most popular. In this guide, we will tell you everything you need to know about this sword.

How Does Horseman’s Blade Work?

The Horseman’s Blade entered the ranks of the best thanks to its unique abilities. With each attack with this sword, a pumpkin appears, which flies at the enemy. It is impossible to dodge such a projectile and when it hits, it removes damage equal to 150% of the sword’s damage. This weapon will be especially effective when there is a large number of monsters or when fighting a boss.

Also, the Horseman’s Blade has an auto-attack, which makes it similar to swords such as Muramasa, cobalt sword, palladium sword, Terra sword, or Excalibur.

How Can I Get The Horseman’s Blade in Terraria?

It is impossible to craft a Horseman’s Blade in the game, it can only be obtained by killing a boss named Pumpkin King. In order to meet the boss, you need to start the Pumpkin Moon event. This event was added to the game in celebration of Halloween for all the dead. To switch to the event, you need to use the pumpkin moon medallion. Here we have a separate guide on how to do it.

RELATED: Terraria: How to Get the Cell Phone

Pumpkin is another of the items that appeared in the game with the release of the Halloween update. It usually grows on the ground in the Forest. You can also grow it and buy seeds from the Dryad.

As soon as the event is activated, the first wave of monsters will begin to attack you. There is a total of 15 waves, and the Pumpkin King appears during the seventh wave along with other monsters.

The probability of getting a Horseman’s Blade varies from 1.2% to 14.3%. But there is good news: the chances of the desired drop grow by 6.5% with each wave. 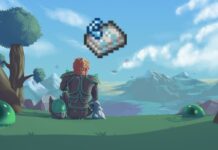 How to Get a Drill Containment Unit in Terraria 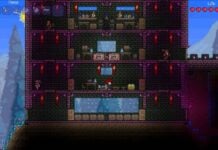 How to Get a Regeneration Potion in Terraria 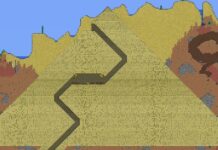 How to Find a Pyramid in Terraria