Home Guides Terraria: How to Trigger the Pumpkin Moon 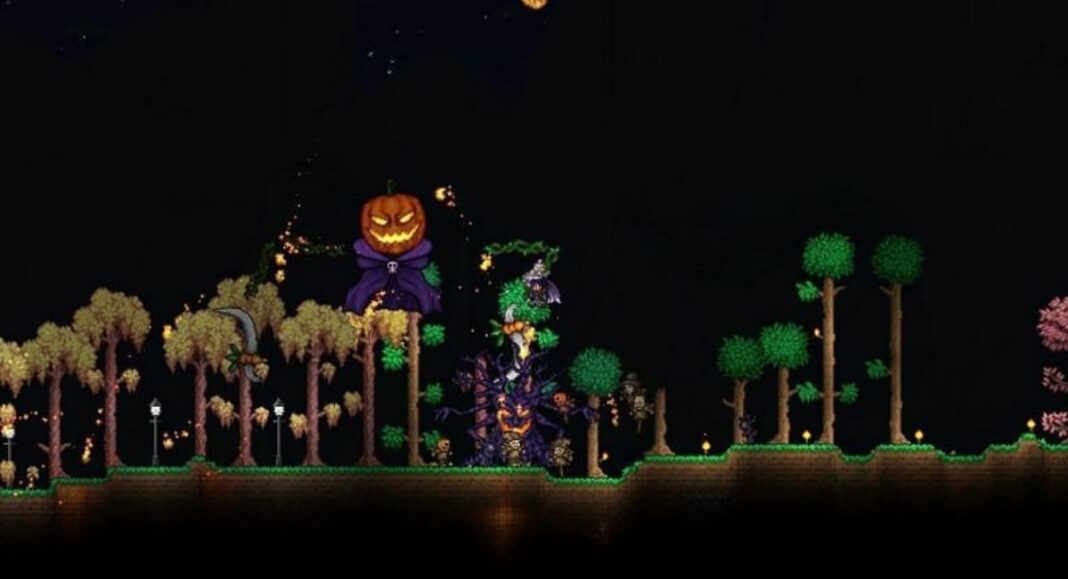 Related | Terraria: How to Get a Moon Shell

In this article, we will tell you exactly how you can trigger the pumpkin moon event in Terraria.

How to Trigger the Pumpkin Moon in Terraria

Related | How to Get Spectre Boots in Terraria

How to Get the Pumpkin Moon Medallion

You can get the Pumpkin Moon Medallion via crafting. All you need is three materials and a Mythril or Orichalcum Anvil. The required materials are mentioned below.

That’s all you need to craft a Pumpkin Moon Medallion. Once you have the item, just use it during night and you can trigger the Pumpkin Moon event.