Home Guides How to Get Muramasa in Terraria 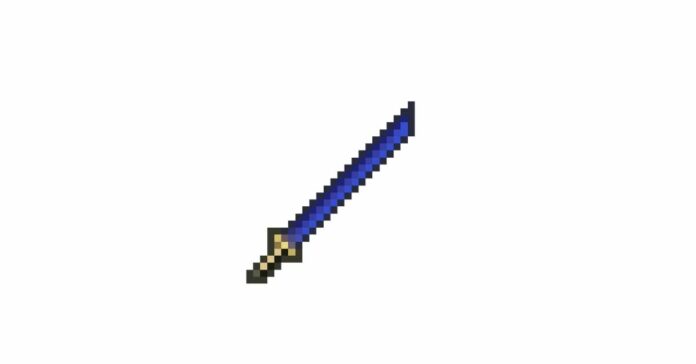 Terraria has a lot of weapons spread across the game world. Muramasa is one of the most well-known swords that you can obtain in the early game. Named after a famous swordsmith, this katana is an auto-swing weapon with fast attack speed. This guide will tell you about this sword, how to obtain and use it.

What is Muramasa in Terraria

Muramasa in Terraria is one of the in-game Pre-Hardmode weapons. This blue katana is known as one of the first auto-swing weapons in Terraria. It means that instead of pushing the attack button each time you just need to hold it for this sword to start swinging. It also has a very fast attack speed and the weapon is great to deal with crowds of weak enemies. The sword also emits some light during the swing.

RELATED: How to Trigger the Pirate Invasion Event in Terraria

Muramasa is the item that you will need to craft probably the best Pre-Hardmode sword, the Night’s Edge. You have to craft three blades: Blade of Grass, Fiery Greatsword, Light’s Bane/Blood Butcherer. The first one demands the ingredients from Jungle and Underground Jungle bioms, Jungle Spores, and Stingers. The second sword is crafted from Hellstone Bars. The last ones are crafted from Demonite or Crimtane Bars. You will need either Light’s Bane or Blood Butcherer, as it is impossible to craft them in one playthrough.

To craft the Night’s Edge on Demon or Crimson Altar you will need 3 mentioned swords and Muramsa that is probably the hardest item to get on this list.

How to Get Muramasa in Terraria

As we mentioned above, Muramasa in Terraria is a good weapon that is needed to craft a more powerful sword and continue to progress in your close-combat weapons. To get this katana you will need to go to Dungeon. There you need to obtain Golden Keys through the next activities: Opening one of regular Chests, Killing a Dungeon Slime or any other Dungeon enemies, Breaking a Pots. With Golden Key, you will be able to unlock Golden Chests and Golden Lock Box that you can find in the Dungeon. Muramasa may be obtained through opening one of these.