Home Guides How to Trigger the Pirate Invasion Event in Terraria 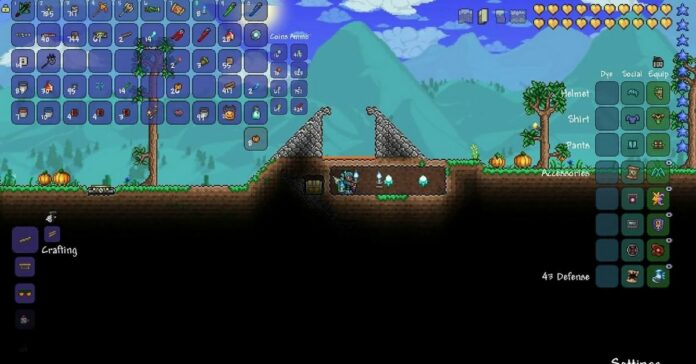 Pirate Invasion is an event added in Terraria version 1.2 during which pirates attack the area you can see. They arrive just like a goblin invasion or a snow legion – from one side to the middle of the world. To complete the event, you will need to kill a certain number of pirates. After the victory, the Pirate moves into the free room.

Also, from version 1.2.0.3, golden furniture can be dropped from pirates, which is one of the best house decorations. Therefore, in this guide, we will tell you how to start Pirate Invasion in Terraria.

RELATED: How to Find and Catch a Truffle Worm in Terraria

How Can I Begin The Pirate Invasion in Terraria?

A player can start the Pirate Invasion on his own using a pirate map, which drops out only in hard mode with a 1% chance of any mobs on the surface no further than 380 blocks from the edge of the world. An invasion can only be summoned if there is at least one player in the world with a maximum health of 200 or more. Hardmod is not a prerequisite for starting an invasion.

RELATED: How to Get a Celestial Wand in Terraria

The number of mobs in the invasion is calculated using the formula (120 + 60 * X), ​​where X = the number of players with maximum health greater than or equal to 200. When the required number of pirates dies, the pirates near the player will still attack you, but new ones will stop appearing.

All pirates, except the parrot, are immune to poisoning, and the pirate captain is also immune to stun.