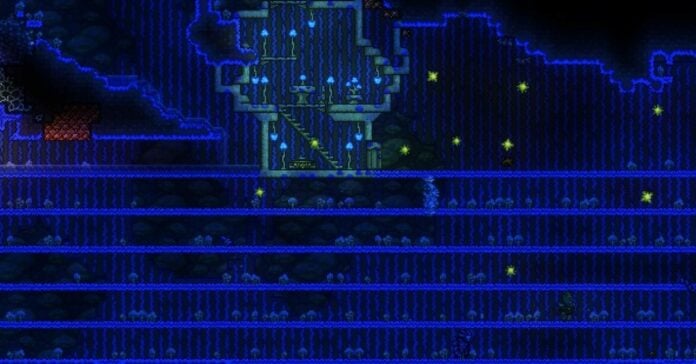 The Truffle Worm is one of the neutral Terraria creatures. In the game, it plays the role of bait with a power of 666%, but the truffle worm is not suitable for fishing, it is mainly used to summon the boss Duke Fishron. Starting from version 1.2.4, when using a worm in the ocean, the boss is summoned with a 100% chance. In this guide, we will tell you everything you need to know about the Truffle Worm in Terraria.

Where to Find and How to Catch the Truffle Worm in Terraria?

You can find a truffle worm in the Underground Mushroom Biome. But before you go in search, you need to switch to hard mode and it is advisable to purchase a net from a merchant.

During the hunt, it is recommended to use a water candle in order to increase the chance of a truffle worm spawning and it is better to stay out of the water to further increase your chances. It is worth noting that after the worm notices the player, it starts to run away from him rather quickly, which complicates the capture. Therefore, it is best to attack it from above or at high speed, this will be much more effective.

RELATED: Hallowed Bar in Terraria: What Is It for and How to Get It?

How to Farm a Truffle Worm Correctly?

In order not to spend a lot of time searching around the world, you can create a farm where truffle worms will appear. You need to create a farm underground, so first you need to clear the site for construction as much as possible.

You need to build a farm of truffle worms of a large size in length and it is advisable to make several rows with small platforms for more convenient movement between tiers. The number of truffle worms will depend on the size of the farm.

RELATED: How to Get the Companion Cube in Terraria

Use earth blocks as the base material. After the main frame from the earth is built, you need to plant mushroom seeds on the platforms. Seeds can be obtained by collecting glowing mushrooms or purchased from a dryad. But for this, she must live in a mushroom biome.

With the help of such a farm, you can collect 1-3 worms per minute, while catching them will be more comfortable and, at the same time, much less time will be spent on searches.