Home Guides How to Get Luxurious Sea-Lord in Genshin Impact 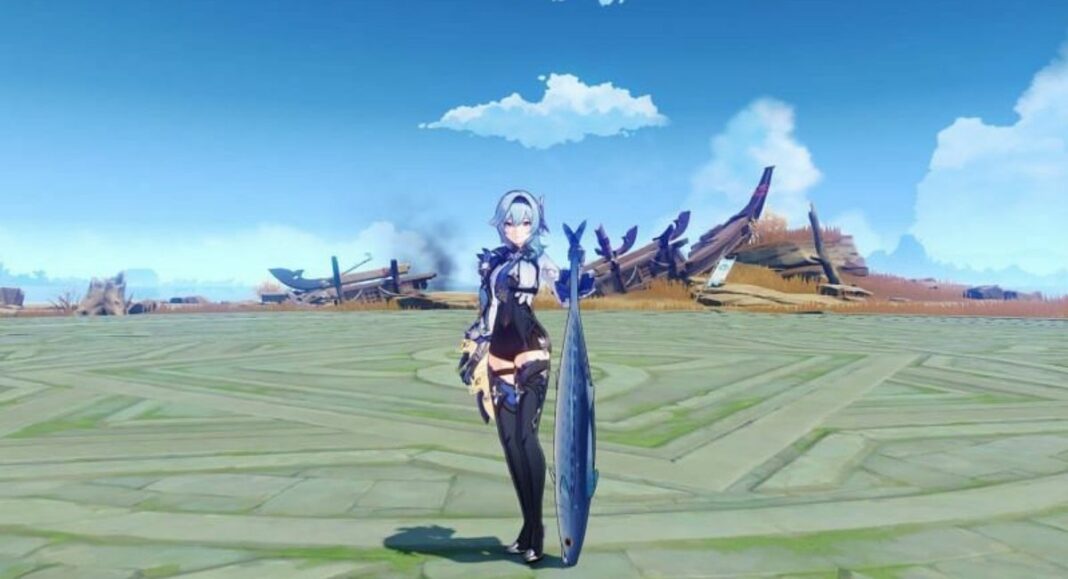 The Luxurious Sea-Lord is a Claymore weapon in Genshin Impact that players can get for free. It is one of the four weapons that were announced to be added to the game with the version 2.1 update. So far, among the four weapons, players can get The Catch and Engulfing Lightning right now. As for the other two, Luxurious Sea-Lord and Everlasting Moonglow, players have to wait until the commencement of the second phase of the Genshin Impact 2.1 update.

The Luxurious Sea-Lord is a four-star Claymore weapon whose secondary stat increases ATK% by 55.1%. Moreover, the weapon’s special effect increases elemental burst DMG by 12%. When the elemental burst hits opponents, there is a 100% chance of summoning a titanic tuna that charges and deals 100% ATK as AoE DMG. This effect can occur once every 15s.

Any Genshin Impact weapon that increases ATK% and Elemental Burst damage falls under the “must-have” category. In the wake of that, we have prepared a handy guide on how to get Luxurious Sea-Lord in Genshin Impact.

How to Get Luxurious Sea-Lord

Players can get the Luxurious Sea-Lord Claymore from the Moonlight Merriment event shop during the Moonchase Festival.

The Moonlight Merriment event will commence on September 27, 2021, and will end on October 10, 2021. During the course of the event, players can take on different quests and activities such as Moonchase Tales, Moonlight Seeker, and Trail of Delicacies to get the Luxurious Sea-Lord claymore.

How to Get Luxurious Sea-Lord Claymore Refinement