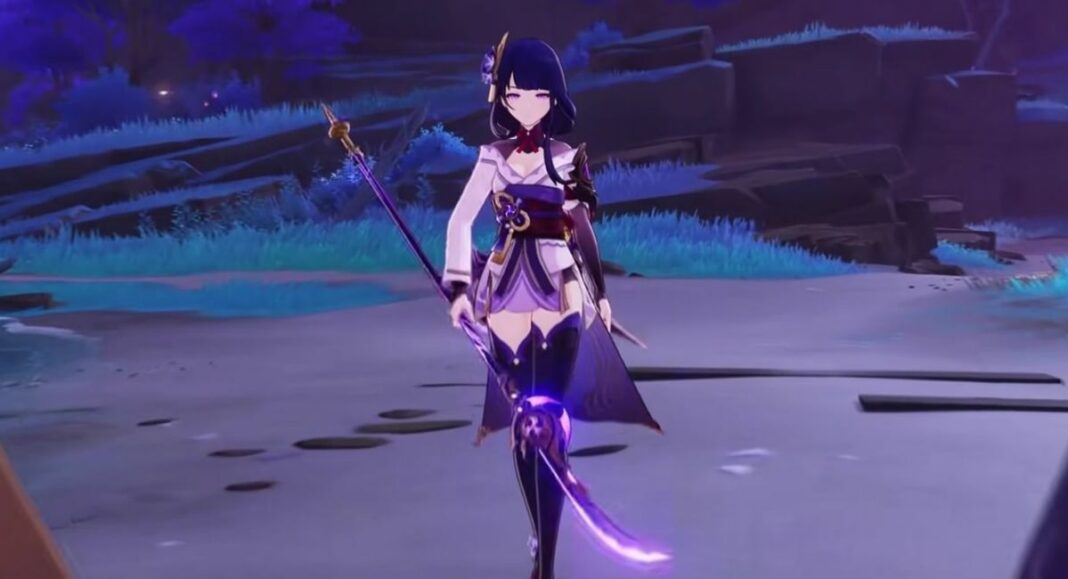 The Engulfing Lightning is one of the most aesthetically pleasing five-star polearm weapons available in Genshin Impact. It is a banner weapon that was released alongside the Raiden Shogun’s character event wish banner, “Reign of Serenity,” making it the best-suited polearm weapon for her.

The Naginata, Engulfing Lightning is the weapon that many of you may have seen the Raiden Shogun use during cutscenes. Its secondary stat is based around Energy Recharge% and its weapon ability, Eternal Stove – increases the ATK by 28% of Energy Recharge over the base 100%.

Using the ability, players can gain a maximum bonus of 80% ATK and 30% Energy Recharge for 12s after using the Elemental Burst.

In this Genshin Impact guide, we will share the materials required to ascend Engulfing Lightning to max ascension level.

Here are the weapon ascension materials required to max out the Engulfing Lightning polearm.

Court of Flowing Sand domain is located north of the Grand Narukami Shrine and it can be unlocked by interacting with the domain’s entrance gate.

Where to Get Chaos Gear, Chaos Axis and Chaos Oculus

The Old, Kageuchi, and Famed Handguards are weapon and character ascension materials that drop from the Nobushi and Kairagi enemies. Players can find them all around the Inazuma region.
We also have an in-depth guide on where to find Nobushi in Genshin Impact. Check it out to know about the exact locations where you can find Nobushi and Kairagi’s.