Home Guides How to Get a Shadow Scale in Terraria 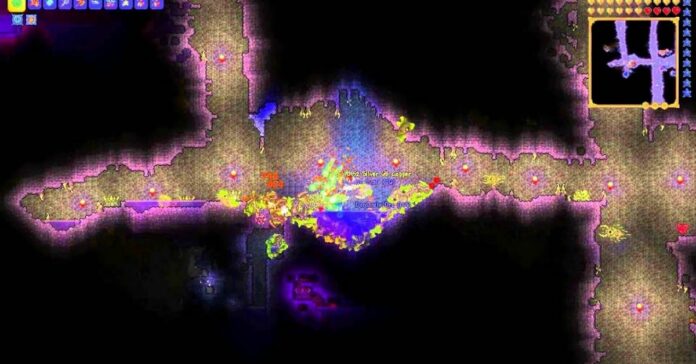 A Shadow scale in Terraria is a material for crafting, which will be needed in the game to make armor, weapons, and other extremely useful things. Its stats are the following:

In this guide, we will tell you how you can get a shadow scale in Terraria and how to use it in the game.

How to Get a Shadow Scale in Terraria

You can find a shadow scale in Terraria only after killing the Eater of Worlds boss, and each of its segments drops this material with a 50-100% probability.

Alas, it is impossible to craft a shadow scale at the moment.

RELATED: How to Get a Light Disc in Terraria

What Is It Needed For?

After you managed to get the Shadow Scale, it becomes possible to make certain items at various crafting stations. At the Demonic or Scarlet Altar (PC and Mobile only) you can craft the following items:

In Hellforge, you can craft the complete Obsidian Set:

On an Iron or Lead Anvil, you can craft the following items:

In total, it will take from 56 to 121 pieces to craft everything, depending on the platform on which Terraria is played.