Home Game Guides How To Beat Svipdagr The Cold in God of War: Ragnarok 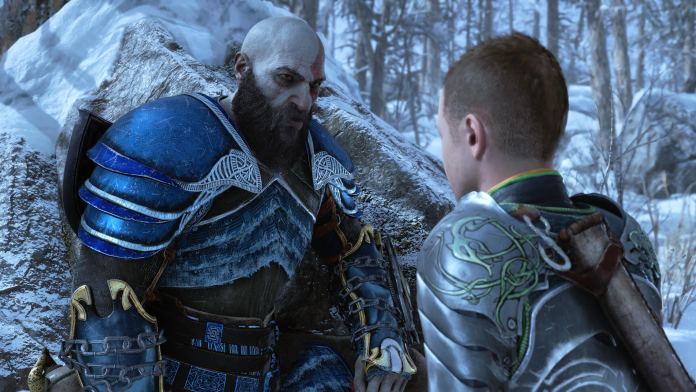 God of War: Ragnarok has a lot of new content for players. You can now play not only as Kratos but also as Atreus. What’s more, you’ll find some new allies who will fight alongside you. And, of course, there are many enemies in the game that you have to fight. So, in this guide, we will tell you how to beat Svipdagr The Cold in God of War: Ragnarok.

Svipdagr The Cold in God of War: Ragnarok

There are many different quests in God of War: Ragnarok. And even just by completing story quests, you can find a lot of side quests. And one of the most difficult side quests is Fit for a King Favor. You can start it while doing The Word of Fate quest.

To complete the Fit for a King Favor you will need to find 9 Gravestones scattered throughout the Realms. And each Gravestone contains one or more Berserker Souls. You have to defeat all 12 Berserker Souls in total to progress. And one of those bosses is Svipdagr The Cold. You can find her southeast of Alfheim in the Barrens.

This boss fight will be a bit of a challenge as she fights alongside the Sisters of Illska. And thus, you need to fight three enemies at the same time. But by knowing the right tactics, you can easily defeat them.

How to Beat Svipdagr The Cold

Even though there are three enemies, on the screen you will see two health bars. One belongs to Svipdagr The Cold, and the other belongs to the Sisters of Illska since the twins share it. And the best tactic to win is to take out the bosses one by one.

First, you have to beat the Sisters of Illska. One of them uses flame attacks, and the other uses frost attacks. Dodge all their attacks and attack with Blades of Chaos and Leviathan Axe. Draupnir Spear’s ranged attacks will also be quite effective.

After you kill the Sisters, you can start attacking Svipdagr The Cold. She will mainly fight using dual axes. She will also break your blocks, so it’s best to dodge her attacks. Use your full arsenal of combos and Runic Attacks to take down Svipdagr quickly.

If you decide to fight Svipdagr The Cold at the end of the game, you most likely will be able to do it on the first try. However, even with good equipment, falling under the attacks of all three bosses will quickly kill you. But if you win, you can get good rewards:

That’s all you need to know about how to beat Svipdagr The Cold. Follow our tips, and you will be able to defeat this boss. And while you are here, take a look at our guide on how to get Lunda’s Lost Armor set.

How To Beat Svipdagr The Cold in God of War: Ragnarok