Home Game Guides Genshin Impact: Where to Get Ashen Hearts 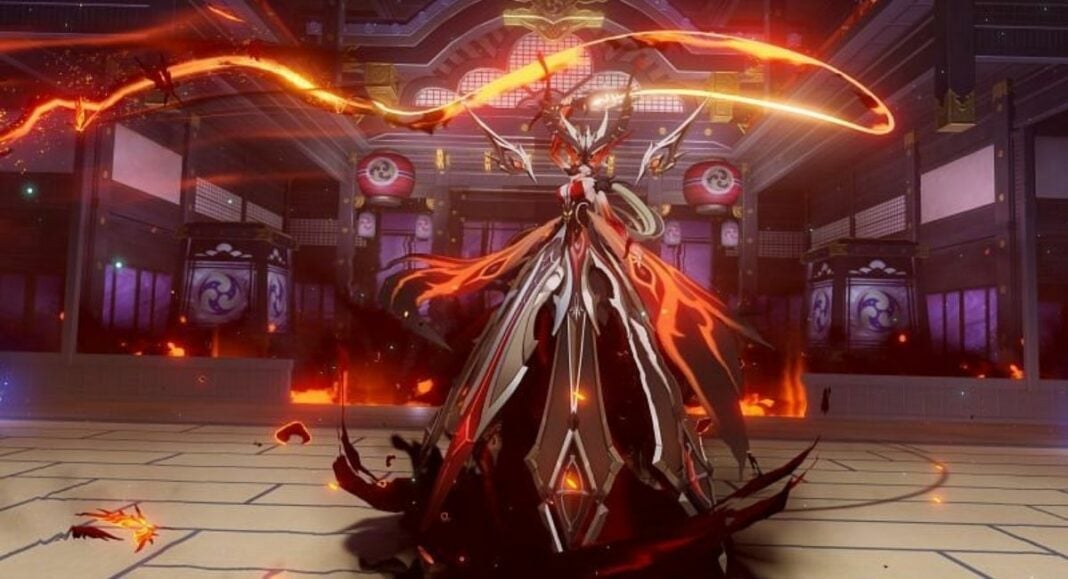 Ashen Hearts is a talent level-up material in Genshin Impact that players can use to ascend Kujou Sara’s talents. It is a boss material that will come to use even in the future with other playable characters.

Keeping that in mind, we have prepared a handy guide on where to get Ashen Hearts in Genshin Impact.

Where to Get Ashen Hearts

Players can get Ashen Hearts from the trounce domain Narukami Island: Tenshukaku. It is a story domain that was added in Genshin Impact with the version 2.1 update.

Also, to get the Ashen Hearts, players must select the level 70 or above level variant of the Tenshukaku domain.

Since it is an item obtained from La Signora’s weekly boss, players have only one chance per week to obtain the Ashen Hearts. Thankfully, players can use Dream Solvent to convert Hellfire Butterfly and Molten Moment to Ashen Hearts.

The Tenshukaku trounce domain is located in Inazuma City. If you have cleared the Inazuma archon quests, you may already know the location of Tenshukaku. Otherwise, below you can find the exact location of Narukami Island: Tenshukaku.

Genshin Impact: Where to Get Ashen Hearts