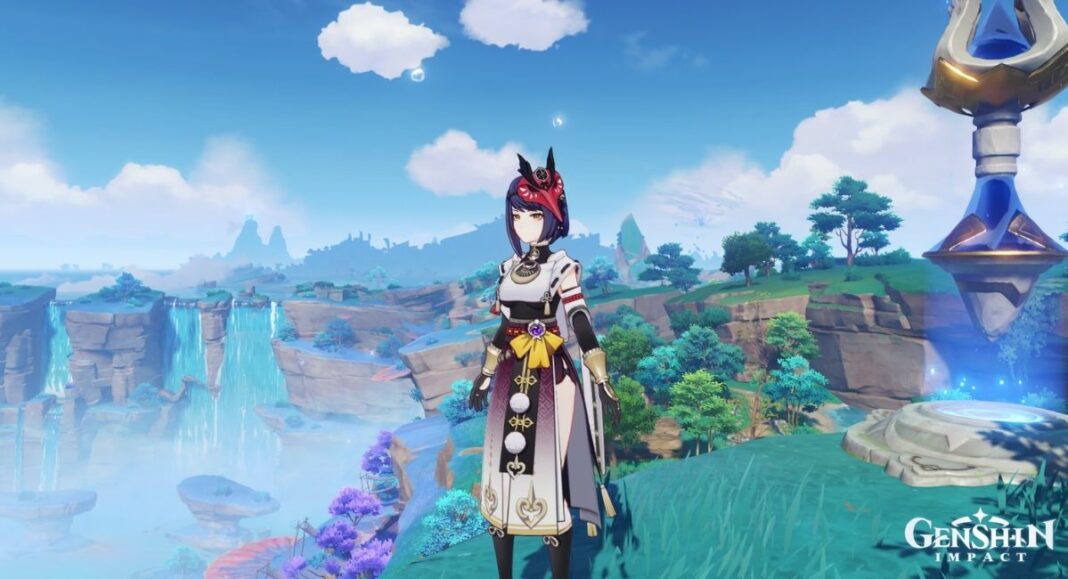 Kujou Sara is a four-star electro user and a bow wielder in Genshin Impact who released alongside the Raiden Shogun, Baal. Her abilities allow her to be an amazing support as well as DPS/Sub-DPS character.

Genshin Impact’s CRIT DMG and CRIT Rate meta is now getting old. We are seeing the rise of new meta where a stat like Energy Recharge is in the center of attention, and Kujou Sara is the first Support character that fits well in this new meta.

In this Genshin Impact Kujou Sara build, we will share details on some of the best weapons and artifacts for her. We will also talk about whether players should go for Kujou Sara’s constellations or not.

Here are some of the best weapons and artifacts for Kujou Sara. You can use them for creating Kujou Sara Sub-DPS or Support builds.

Before we talk about the best weapons for Kujou Sara, you must know that she scales with two different attributes: ATK and Energy Recharge. Based on your overall ATK, Kujou Sara provides an ATK buff to herself or other characters for a short time. Meanwhile, her passive talent Decorum allows her to restore 1.2 Energy to all party members for every 100% of Energy Recharge she has.

Now that you know which attributes you should be looking for in a weapon, here are a few choices that resonate well with Sara’s kit.

That aside, players can also combine two pieces of either Shimenawa’s Reminiscence or Gladiator’s Finale with two pieces from one of the following sets:

Using Noblesse Oblige as the second option will help players to draw out more damage from Kujou Sara’s burst attack. However, keep in mind that Emblem of Severed Fate boosts Elemental Burst based on Energy Recharge. So, going for four-pieces of Emblem of Severed Fate should be your first priority whether you are creating a Support or a Sub-DPS build.

Should You Go For Kujou Sara’s Constellations?

C0 Kujou Sara is not as versatile as Bennett. She is an S-tier battery and an A-tier DPS/Sub-DPS unit whose performance and ease of use increases as you get her constellations. We would recommend players to go for her C6 constellation “Sin of Pride” as it increases the CRIT DMG by 60% for players who have received an ATK buff from Kujou Sara’s elemental skill or burst ability.