Home Guides Genshin Impact Song of Broken Pines Claymore | How to get, Weapon... 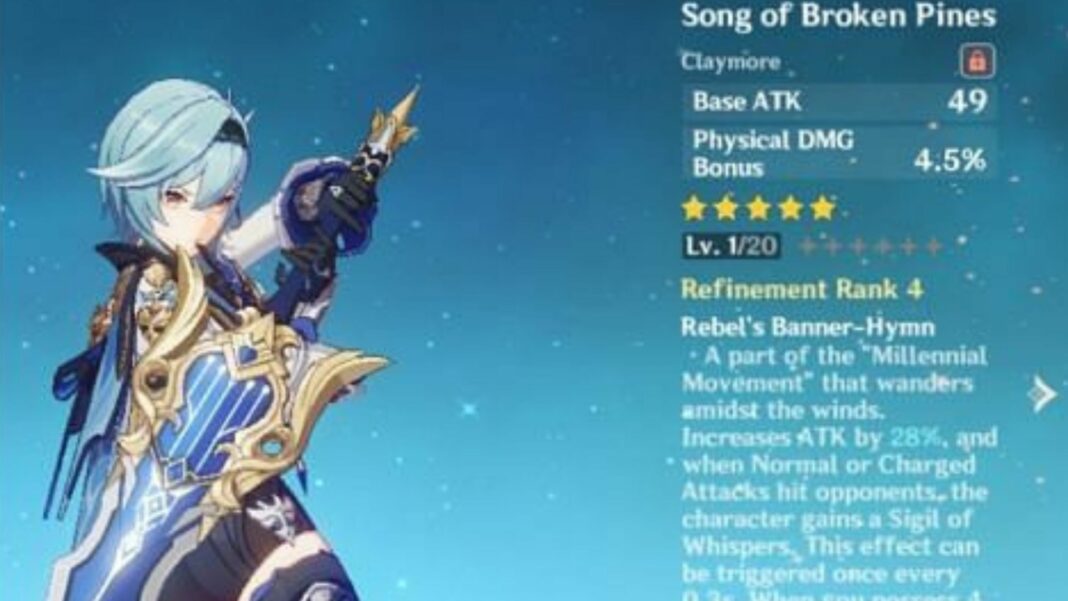 Song of Broken Pines is a new five-star Claymore weapon in Genshin Impact that is supposed to come out with the version 1.5 update. While the weapon is not yet officially announced, we already have plenty of data-mined information and leaks that give us complete information on this new weapon. In this Genshin Impact guide, we will talk about Song of Broken Pines weapon stats, its special ability and how players can get this new weapon upon launch.

The Song of Broken Pines is one of the most hard-hitting weapons. Its stats and special ability complement a Physical DPS build. Here are the weapons stats from the beta version of Genshin Impact.

What this ability does is increases the ATK by 16%, and when normal or charged attacks hit the opponents, the character gains a Sigil of whispers. This effect is triggered once every 0.3 seconds. When you have four sigils of whispers, all will be consumed and all nearby party members will obtain a special effect for 12 seconds that increases normal ATK Speed by 12% and ATK by 20%.

Once the special effect Millennial Movement: Banner Hymn is triggered, players will no longer get Sigils of Whispers for the next 20 seconds.

How to get Song of Broken Pines Claymore

Still, if there is any changes or official information, we will update this article.