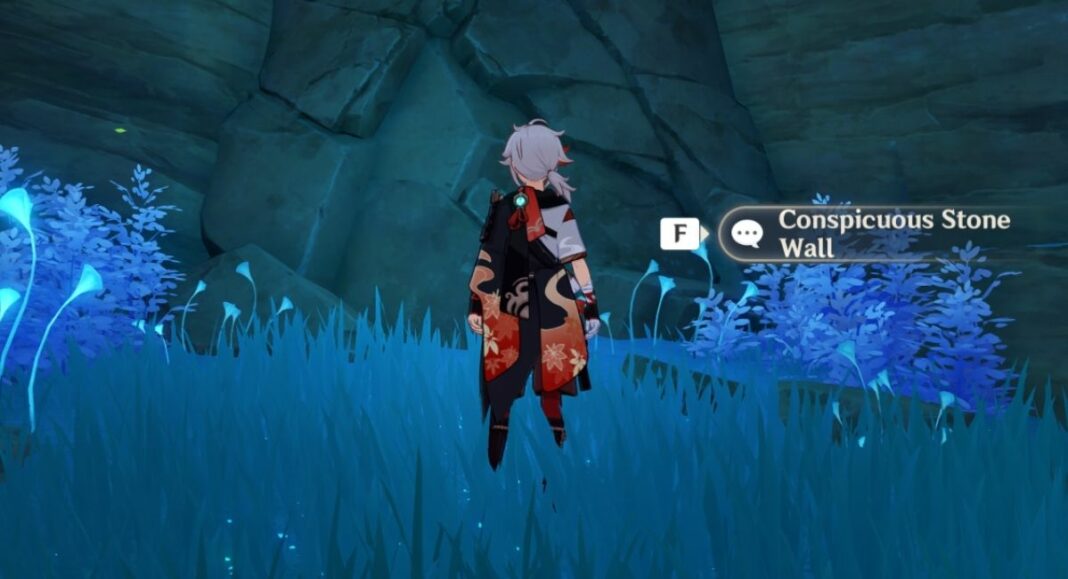 The Lasting Promise is one of the sub-quests in Kamisato Ayaka’s story quest Gurus Nivis Chapter Act I: The Whispers of the Crane and the White Rabbit. Similar to many other newly introduced quests in Genshin Impact, the Lasting Promise quest has a section where players have to find and open a hidden door based on a riddle.

Related | How to Get Memento Lens in Genshin Impact

In this article, we will talk about how players can find and open the Conspicuous Stone Wall door in Genshin Impact.

When players get to this section of the Lasting Promise quest, they have to search for suspicious places based on hints. The door is found near the blue shrubs as marked in the above screenshot.

How to Open the Conspicuous Stone Wall

Players can use the hint/riddle that we get during the Lasting Promise quest to find the password to the hidden door.

“A crane brings 1 fresh flower in its beak to decorate my hair, while a white rabbit sews a hemline from 4 rays of moonlight. Dressed appropriately, I face eastward and call out Tsubaki’s name 7 times. In the blink of an eye, I am standing on the path that leads to her house.”

When you go near the shrubs, you will find an unusual Conspicuous Stone Wall, which you can open by knocking on the wall in the correct order.

To open the door knock on the wall in the below-mentioned order.

The Conspicuous Stone Wall will open up and you will find nobody, but a single mysterious box with a diary.

That’s it for now. If you have any queries, shoot them down in the comments below.