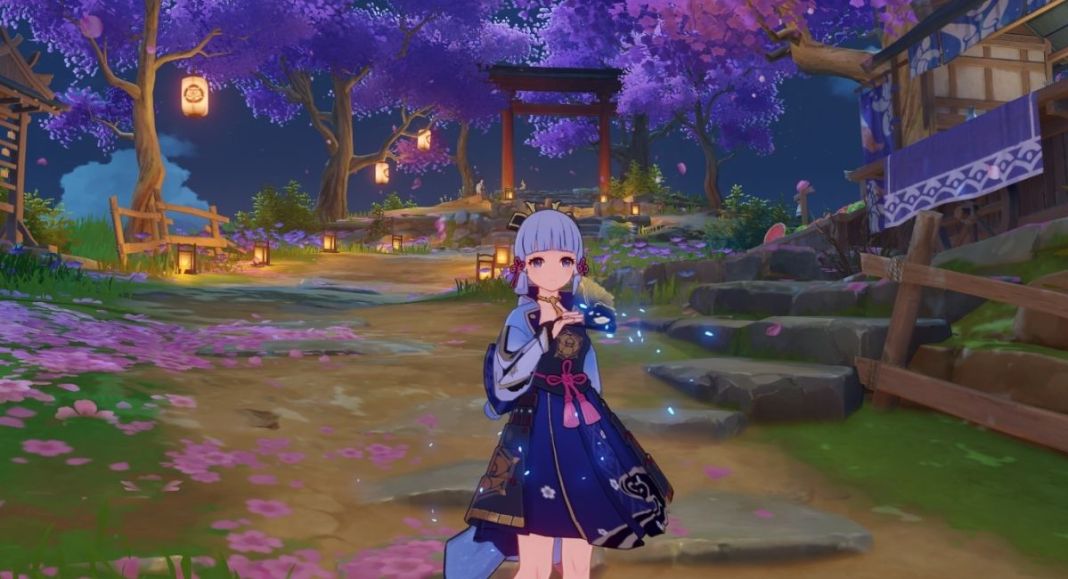 Related | Where Is the Barrier in Genshin Impact Sacrificial Offering

How to Get Yumemiru Wood in Genshin Impact

In Genshin Impact, players can get Yumemiru wood by cutting down Sakura trees found on Narukami Island. A single sakura tree will give you around three Yumemiru wood. If you use the below farming location, you can get a hundred plus Yumemiru wood in a single run.

Here are some of the best farming locations for Yumemiru Wood. These locations have a ton of Sakura trees that you can cut down to get the Yumemiru wood furnishing material.

The Inazuma City is one of the best farming locations for Yumemiru wood. It is located in the south part of Narukami Island and the best thing is that players can unlock it in the early game, right after leaving Ritou.

The Inazuma City is full of Sakura trees. Players can teleport to the waypoint located near the Statue of Thousand-Armed, Hundred-Eyed God.

From the waypoint, players can form a route for farming Yumemiru wood.

You can sixty-plus Yumemiru wood in Inazuma city alone. Sometimes when you cut the Sakura tree you won’t get the wood. Try to move around whilst hitting the tree with normal attacks. That will work.

Amakane Island is a mesmerizing location that you visit during Ayaka’s story quest. Just like Inazuma city, players can access it in the early game. And, with the above screenshot, you can already tell that it’s packed with Sakura trees from which you can get Yumemiru wood.

Teleport to Byakko plain or Konda village waypoint, from there you can reach Amakane Island.

The Grand Narukami Shrine is a great location to farm Yumemiru wood.

You can reach the Grand Narukami Shrine by following the indirect path from Kamisato Estate.

Where to Find Yumemiru Wood in Genshin Impact