Home Game Guides How to Get Memento Lens in Genshin Impact 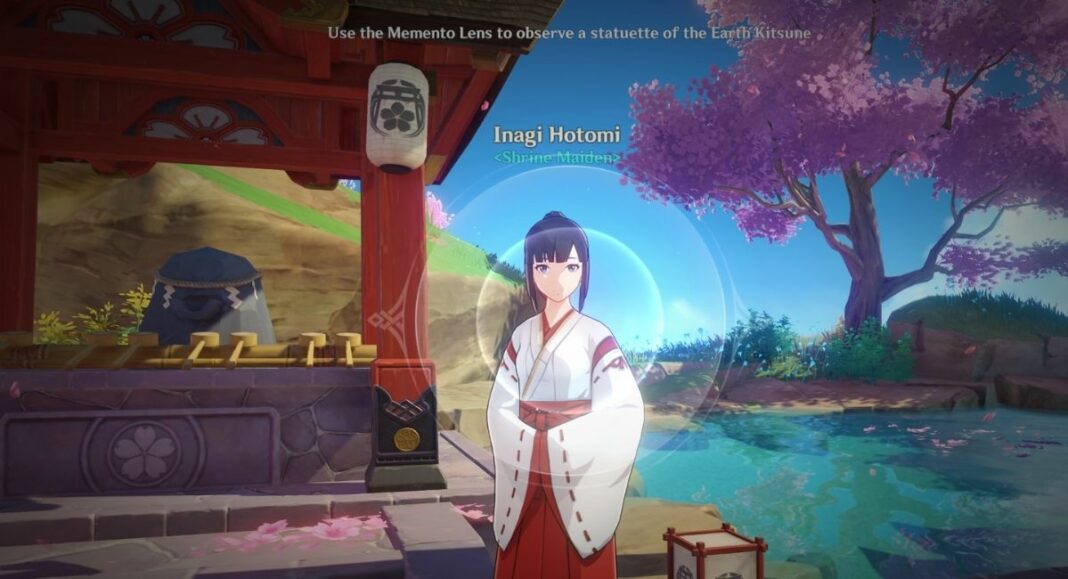 Memento Lens is a newly added gadget in Genshin Impact introduced with the version 2.0 Inazuma update. It plays a vital role in solving Earth Kitsune Statue puzzles and players can also use it to observe the world to uncover hidden secrets. It is an important gadget that you must have if you want to get the Amenoma Kageuchi sword blueprint, or if you want to unlock the domain Empty boat of a Thousand Gates.

In this article, we will talk about how you can unlock Memento Lens in Genshin Impact.

How to Get Memento Lens Gadget

To unlock Memento Lens in Genshin Impact, players have to complete a world quest called A Strange Story in Konda. Once players complete it, they will get another quest from the same NPC called Kazari. The quest is called Sacred Sakura Cleansing Ritual, and the sub-quest is called Sacrificial Offering.

Related | Where Is the Barrier in Genshin Impact Sacrificial Offering

During the Sacrificial Offering quest, players have to investigate the abandoned Shrine near Chinju Forest. Here is a complete guide on how to successfully complete the investigation at the abandoned shrine.

Once players complete the investigation, they get a scared sakura cleansing summary. Next, players are asked to go to the Grand Narukami Shrine. There, players have to talk to an NPC called Inagi Hotomi.

After you have exhausted her dialogues, she will give you the Memento Lens gadget.

How to Get Memento Lens in Genshin Impact