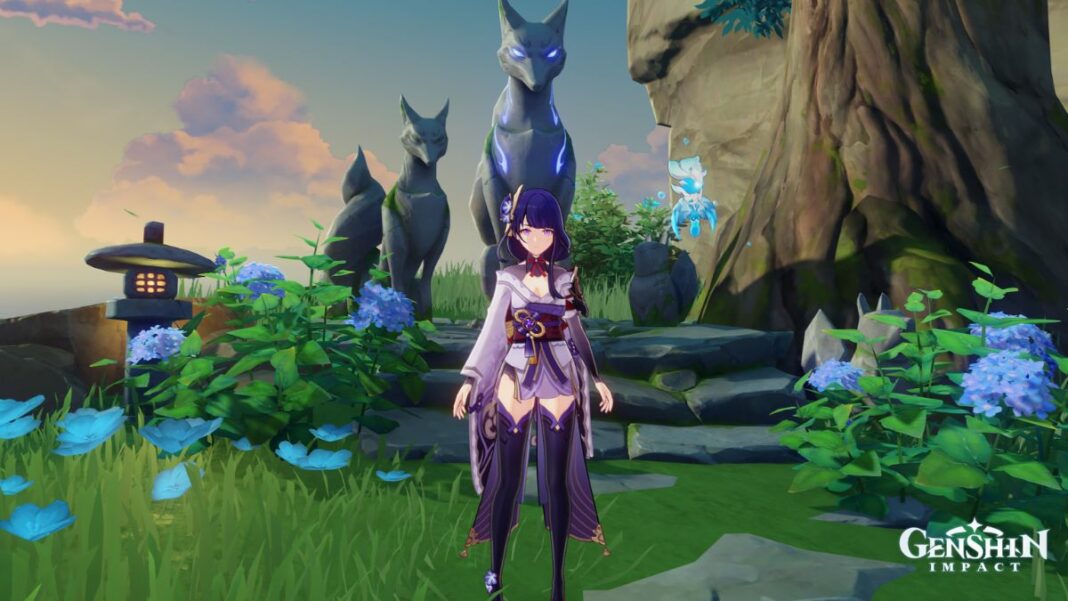 Related | How to Make Northern Apple Stew in Genshin Impact

In this Genshin Impact guide, we share the exact location and details on how you can get your hands on the Key-Shaped Ward.

Where to Find Key-Shaped Ward

You can find the Key-Shaped Ward in the northeast part of the Kamisato State by scanning the Stone Kitsune found at the roots of the big Inazuma Cedar tree using the Memento Lens gadget.

Once you have the ward, go to the Sacred Sakura location, solve the lantern puzzle and defeat Ochimusha to cleanse the area.

Also, keep in mind, that the Cleansing Defilement quest is complete only when you perform the Sacred Sakura cleansing ritual at Chinju Forest, Araumi, and Kamisato Estate.

How to Unlock the Cleansing Defilement Quest?