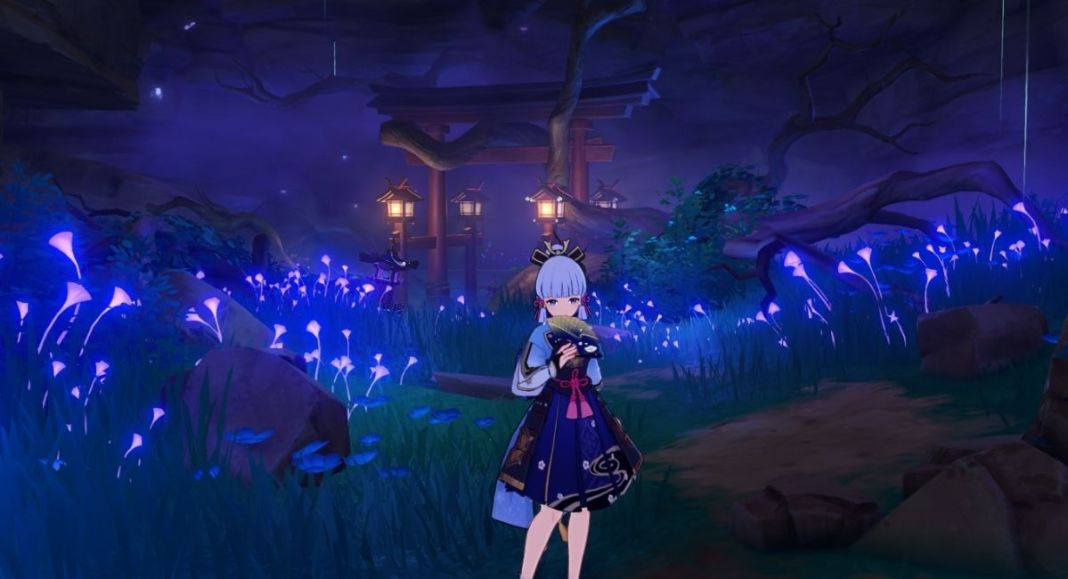 Here is a complete guide on Genshin Impact’s Sacrificial Offering quest, a part of the Sacred Sakura Cleansing Ritual.

Go to the abandoned shrine northeast of Konda Village

Carry out the investigation at the abandoned shrine

Interact with the large kitsune statue to the east.

Continue the investigation at the abandoned shrine

We already have a dedicated guide on it that offers the exact location of the Mysterious Shadows.

Head to the Grand Narukami Shrine to investigate

Next, players have to head to the Grand Narukami Shrine and talk to an NPC called Inagi Hotomi. She will give players the Memento Lens gadget which is required to progress the sacrificial offering quest. And, it is used in solving a plethora of different puzzles.

In this section of the quest, players have to use the Memento Lens on seven Earth Kitsune Statues to complete the investigation. The first statue is right in front of the Abandoned Shrine, where you first talk to the Mysterious Shadow, the rest locations we have shared below.

When you are done investigating the earth kitsune statue, you will find the sacred words which you need for the next section of the sacrificial offering quest.

Recite the sacred words in front of the Sky Kitsune Statue

Recite the words from first to last order.

Check out the below location guide for barrier location.

The cleansing puzzle in the Sacrificial Offering quest is easy, the lantern-like mechanism in the middle of the torii gate will have two magatama-like lights, rest will have three. Once everything is set, interact to pray.

After defeating the samurai, Kazari once again will show up. The traveler and Kazari talk about the Sacred Sakura Cleansing Ritual. Once players exhaust the Kazari’s dialogues, the Sacrificial Offering quest will end and players get 40 Primogems and 3 Hero’s wit as rewards.